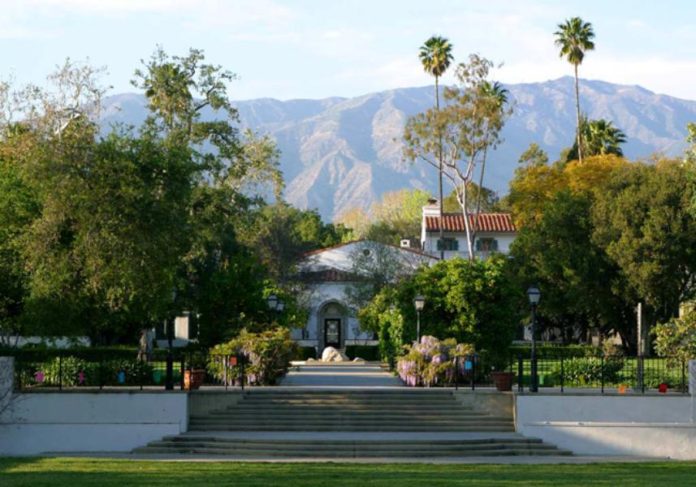 In early 2012 as the presidential campaign that year got underway, I fired off a letter to The Student Life, the five-college newspaper at the elite Claremont Colleges, that deconstructed what I found to be the rich contradiction its news pages unintentionally exposed in the near one-dimensional slant to its coverage of social issues (and the near ideological purity among the students the stories highlighted) even as it revealed the crème de la crème campuses own self-serving sense of a private academic country club. Published on February 17, 2012, my dispatch prompted the newspaper’s Editorial Board to convene and draft a response that was published alongside my letter in the same edition and it can be found below my letter here. More than five years later and after conservative writers have received ‘the Berkeley treatment’ at the Claremont Colleges, I still appreciate their thoughtful response, though not so sure what it would be today.

I just had to write to say that I truly enjoyed the lush irony that was evident on the front page of the February 10th issue of The Student Life, with three stories in particular providing a rather entertaining look at the surreal life at the fabled Claremont Colleges.

Natalie Orenstein and Carrie Wu’s above-the-fold news story about the open forum held regarding the 17 former Pomona College dining hall employees who were fired in December after they couldn’t produce legitimate documents showing they were in the country legally—which of course is the polite way around saying they were on the job illegally—was a great opener.

The outpouring of support for the illegal workers is far from surprising at the 5Cs, but more revealing was that apparently not a single word was uttered at the forum for the unemployed working-class American citizens in Southern California and the Pomona Valley who suffer from one of the most brutal and sustained real unemployment rates in the nation. Of course it is the American working class that suffers from illegal immigration and illegal workers, as illegal immigrants and illegal workers force working class Americans to face increased job competition, wage suppression and the overwhelming stress that’s placed on healthcare and education as well as a rapidly fraying social safety net that was meant for them.

And then of course there was Jared Karlow’s story on Occupy Claremont, which seems to have evolved from a protest into a KOA on the steps of City Hall. Apparently it was organized by Pitzer students ostensibly wanting to draw attention to wage disparities, wealth accumulation and eroding opportunities for working Americans, which I must say is a big relief to read since Occupy Claremont has all the trappings of the privileged children of the 1-percent indulgently playing make-believe revolution conveniently close to their $50,000-a-year academic cloister. 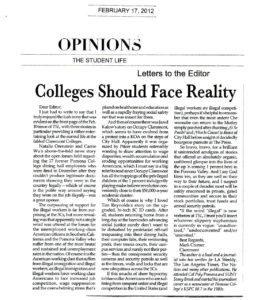 Which of course is why I loved Tim Reynolds’ story on the upgraded, high-tech 5C ID cards. After all, students returning home from a long day at the barricades advancing social justice surely don’t want to be disturbed by proletariat riff-raff trespassing into their dining halls, their computer labs, their swimming pools, their tennis courts, their campus services and surely not their parties—thus the omnipresent security cameras and security patrols as well as the fences, walls and locks that are now ubiquitous across the 5Cs.

If this smacks of sheer hypocrisy to blue-collar Americans who are suffering from rampant unfair and illegal competition in the United States (and illegal workers are illegal competition), perhaps it’s helpful to remember that even the most ardent Che wannabe can return to The Motley simply parched after chanting ¡Si se Puede! and ¡Viva la Causa! in front of City Hall before a night of decidedly bourgeois pursuits at The Press.

So bravo and brava for a brilliant if unintended amalgam of stories that offered an absolutely organic, unfiltered glimpse into the lives of the up n’ coming 1-percent here in the Pomona Valley. And I say God bless ’em, as they are well on their way to their future, and I suspect in a couple of decades most will be ensconced in private, gated communities and secure in their stock portfolios, trust funds and armed security patrols.

Oh, and if the word ‘illegal’ is now verboten at The Student Life, I trust you’ll insert whatever slippery euphemism is currently in vogue; ‘undocumented,’ ‘unauthorized’ and/or ‘uninvited.’

[The author is a local and a journalist who has written for the LA Weekly, Los Angeles Times, The Nation and many other publications. He attended Cal Poly Pomona and SUNY Stony Brook and started his journalism career as a newscaster at Pomona College’s KSPC 88.7 in the 1980s.]

The Student Life’s Editorial Board replies:

Students Can and Should Advocate Social Justice

Is it acceptable for students to act in support of progressive causes while still enjoying the luxuries of life at the Claremont Colleges? In his letter to the editor this week, Claremont resident Mark Cromer implies that it is not. We appreciate Cromer’s argument, but we disagree. Elite college students can and should play a crucial role in movements for social justice, even if they are not prepared to cast off all forms of privilege.

In Cromer’s view, life at the 5Cs is “surreal” and full of “lush irony.” This description is not completely without merit. There is, after all, some friction in between expressing support for Occupy Claremont and drinking $7 beers at The Press—both common activities among 5C students. 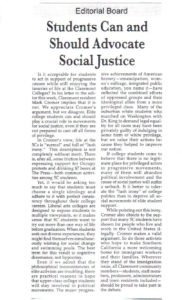 Yet it would be asking too much to say that students must choose a single ideology and adhere to it with perfect consistency throughout their college careers. Liberal arts colleges are designed to expose students to multiple viewpoints, so it makes sense that 5C students want to try out more than one way of life before graduation. When students seek out diverse experiences, they might find themselves simultaneously wishing for social change and swimming pools. The best term for this result is cognitive dissonance, not hypocrisy.

Even if we admit that the philosophical inconsistencies of elite activism are troubling, there are practical reasons to hope that upper-class college students will stay involved in political movements. The major progressive achievements of American history—emancipation, women’s suffrage, integrated public education, you name it—have reflected the combined efforts of oppressed groups and their ideological allies from a more privileged class. Many of the suburban white students who marched on Washington with Dr. King to demand legal equality for all races may have been privately guilty of indulging in some form of white privilege, but we value their actions because they helped to improve our nation.

If college students come to believe that there is no legitimate place for privileged actors in progressive movements, many of them will abandon political involvement and the cause of social justice will suffer a setback. It is better to tolerate the “lush irony” of college politics than to deprive all social movements of elite student support. 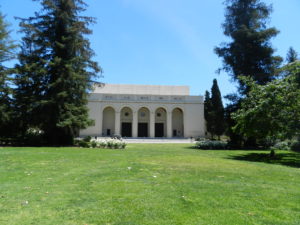 While pointing out this irony, Cromer also objects to the support that many 5C students have shown for people who live and work in the United States illegally. Cromer makes a valid argument. So do those activists who hope to make Southern California a more welcoming home for immigrant workers and their families. Wherever they stand on the immigration issue, all Claremont community members—students, staff members, professors, administrators and town residents included—should be proud to take part in the debate.