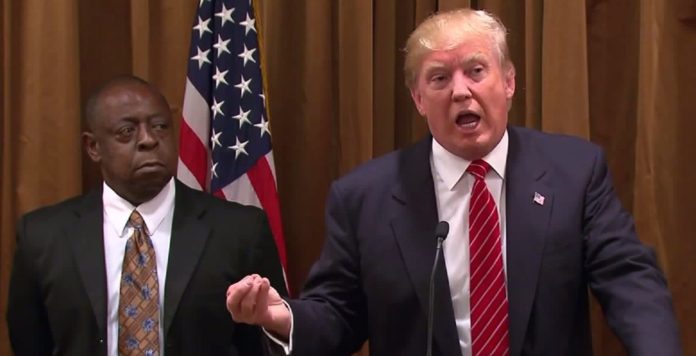 [As the establishment media escalated its journalistic jihad against Donald Trump this week from coast to coast, I was reminded of a news story published by the influential digital trade publication Business Insider as it covered a Trump rally in Las Vegas in July 2015. While it had only been a month since Trump had declared his unlikely candidacy, some in the media were already jettisoning basic standards while reporting on the his campaign. In the Business Insider report on the Trump rally, the publication’s reporter wrote that Trump had “…brought onstage Jamiel Shaw, a man whose son was allegedly killed by an undocumented immigrant.” As I had interviewed the Shaw family multiple times in Los Angeles shortly after the murder of their son, I was very familiar with the case—and there was no ‘allegedly’ about it: a jury had convicted an illegal immigrant gang member for the wanton murder of Jamiel Shaw Jr. and a judge sentenced the killer to death for the crime. The killer had bragged he didn’t like seeing blacks in the neighborhood and had executed Shaw on the street because he was black. What follows is the email I fired off to the editors at Business Insider, their response and then their factual correction.]

Just a quick note to alert you that your writer Maxwell Tani’s article on Donald Trump’s speech in Las Vegas contains a glaring factual error. Tani writes that Trump “…brought onstage a man named Jamiel Shaw, whose son was
allegedly killed by an undocumented immigrant.”

That might be news to the jury that convicted Pedro Espinoza of Shaw’s capital murder in 2012 and the judge that sentenced him to death for it in a Los Angeles County courtroom.

Did Tani simply not know the facts of the case and lazily chose to inaccurately reference it anyway, or was he aware that Espinoza was convicted of the murder and is now on death row, but intentionally chose to cast doubt on Shaw’s murder (and in the process belittle it) in pursuit of an editorial narrative?

As an old journalist who covered crime in Los Angeles County for years, I suggest either explanation should be unsettling for you and your publication.

I hope you correct the record.

Thanks Mark, we’re looking into it.