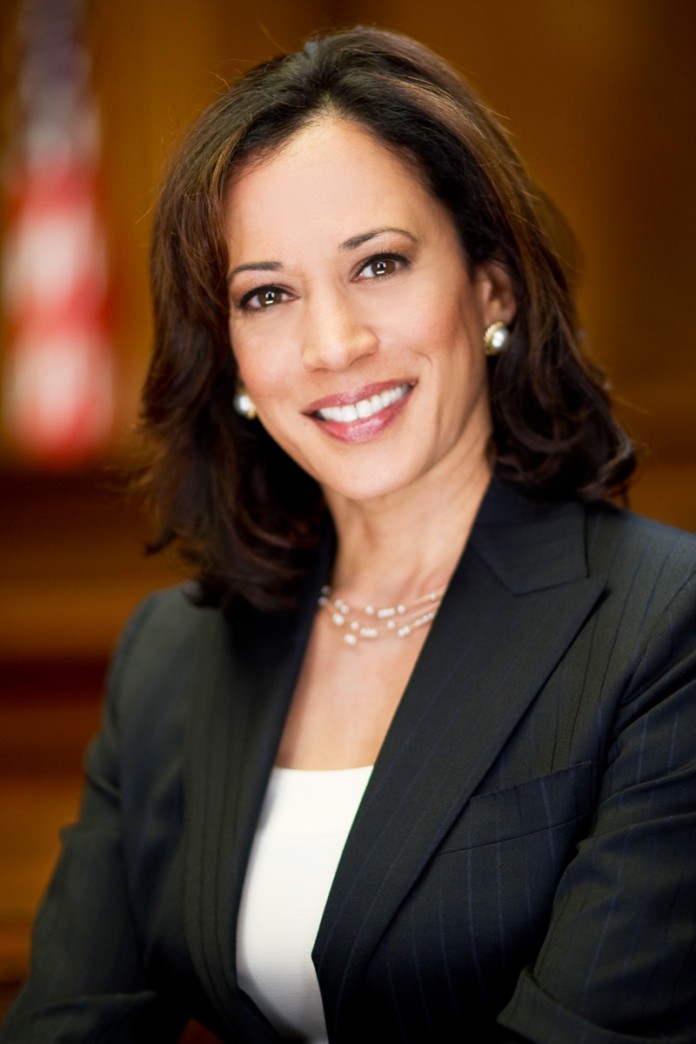 With the Republicans long dead and buried, voters can still enjoy a few chuckles inside the voting booths here in the Democratic Republic of Dysfunction

It has been so long since the California vote mattered in the spring nominating contests that decide the presidential candidates for either of the major national parties that a surge of excitement swept through the state when it appeared both Republican and Democratic candidates might have to slug it out across the Golden State in order to win at the conventions in Cleveland and Philadelphia this summer.

But that excitement came and went like El Nino, overplayed and underperforming, leaving little more than a damp whimper in a state suffering an extended drought of both water and politically viable alternatives.

While Sen. Bernie Sanders indeed held on long enough to bring his fight to California’s sandy shores, it was Donald Trump’s roadshow that proved to be the main event up and down the state even though he has seemingly already tied up the Republican nomination—either in a bowline knot or a hangman’s noose.

South of the presidential candidates on the ballot in California this election is the race to succeed retiring Sen. Barbara Boxer, and it’s yet another campaign that demonstrates just how six-feet-under the GOP now rests in a state it once effectively ruled little more than a generation ago. Back in 1992, when Boxer pulled off her a squeaker of a win against the rabidly rightwing Republican Bruce Herschensohn, bumper stickers depicting the silhouette of California with the slogan ‘Reagan Country’ were ubiquitous on cars across the state.

What a difference a quarter century makes.

Today, Herschensohn would be hard pressed to be elected dog-catcher in Orange County and there’s no question that Boxer will safely pass her seat off to another Democrat. How safely, you ask? Well it’s a safe bet that a Democrat will win the seat considering that a Republican won’t even be on the ballot for that seat come November. California’s election law now stipulates that the top two vote getters in the primaries—no matter what their party affiliation—will appear on the ballot for the statewide seats. In California today, the top polling Republican can’t garner enough votes to beat even the second place Democrat. So for the more than 5 million registered Republicans in California, Tuesday was little more than a chance to cast a ballot for a Senate candidate that would disappear from the race by the following day.

The fall contest for Boxer’s Senate seat will come down to Attorney General Kamala Harris and Congresswoman Loretta Sanchez. And on the brighter side of that dismal picture is the fact that either way at least California voters will send a honey to Washington next year. And Harris is a pulse-raising stunner. So there is that.

For California voters who poured over their ballot looking for a Senate candidate with more in mind than whether they’d like to make out with her, they weren’t exactly left wanting, even if the outcome was a forgone conclusion.

There were 34 candidates on the ballot running for Boxer’s Senate seat. Thirty-four. Three-Four. Which on the ballot took two pages to list. Seven Democrats, 12 Republicans, two Libertarians, one Peace and Freedom, one Green and 11 independents.

It was the proverbial barrel full of monkeys.

Along with Harris and Sanchez were top-tier Republicans Duf ‘Who?’ Sundheim, Phil Wyman, Tom Del Becerro, Greg Conlon and George Yang, whom collectively appeared on the ballot in the electoral version of a paid entry into the Who’s Who of California Sacrificial Goats. If there was any surprise among those 30 candidates, it was the sad fate of Ron Unz, the Harvard/Stanford/Cambridge wiz-kid who made a fortune developing software for the mortgage securities industry and then challenged Gov. Pete Wilson during the GOP primaries in 1994, while though he lost he still managed to make an impressive go of it and bottle up more than 700,000 votes against a popular sitting governor. In 2016, Unz run for the Senate netted him around 49,000 votes or just north of one-percent of the vote.

To put that in perspective: a brash, brilliant and still politically young Republican who emerged from the tech industry and is moderate on most issues including immigration and that had a very deep pocket to reach into for his campaign managed to come in 10th place by winning just over one-percent of the vote. In the state where he once made Wilson look nervously over his shoulder more than a few times in the spring of 1994.

But if it is any consolation for poor Ron, the top Republican vote-getter in 2016, Duf ‘Who?’ Sundheim, didn’t manage to clear even 10% of the total votes cast. That’s worth repeating: The best contender the GOP could muster in 2016 didn’t manage to clear double digits at the polls. Harris, the Democratic-looker from The Bay, blew the field (out) with more than 40% of the popular vote. Sanchez whiffed Harris’s contrails, following with more than 16% of the ballots cast. It is worth noting that had the GOP fielded just one or two candidates instead of a dozen it may have been a closer loss for them. Still a loss, mind you, just not an utter wipeout.

Yet for voters whose eyes were glazing over in California’s polling booths, blurred between the Democrat machine that now runs the state with all the impunity of the Communist Party in China (maybe Castro’s Cuba is better analogy, at least in terms of the hemisphere) and their Republican valets, there were 11 other candidates on the ballot.

Not to be cruel—and I voted for one of them—but basically they were there as extras on set to provide comic relief. And they did.

She’s nearly 80-years-old, hasn’t missed an election as far as I can remember and still hasn’t won one either. But rock on, Gail Lightfoot, rock on. If Mick Jagger can still rooster his way across a stage singing ‘Satisfaction’ you can surely still play your own tune—and with more than 47,000 votes, Lightfoot was right behind former GOP golden boy Ron Unz this time around. All the more reason Unz may step inside his closed garage and turn the car on.

Then there was Don Krampe, a Marine that served in Korea running as a Republican, whose slogan was ‘TEAM’: Together Everyone Achieves More.

In California today, that pleasant thought possessed enough octane as President Gerald Ford’s mid-1970s rallying cry of ‘WIN’: Whip Inflation Now, which packed enough testosterone to deliver him an ass-whipping by Jimmy Carter in 1976. Still, it looks like ‘TEAM’ earned Krampe more than 38,000 votes in 2016.

Another elderly Republican, Greg Conlon, who admirably served our nation in the United States Air Force, was an Eagle Scout and was a commissioner and then president of the California Public Utilities Commission, ran on a ‘pro-business’ platform that vowed to shrink the size of government, secure the borders and incentivize private industry to hire more workers by cutting corporate taxes.

In 2014, as the GOP candidate for California’s State Treasurer, Conlon won nearly 3 million votes. As a Senate candidate in 2016, he was down to around 124,000, but then again his campaign photo makes Bernie Sanders look like Jack Kennedy in 1960.

Massie Munroe appears on one California Secretary of State candidate profile as a Democrat and yet on another as a Republican (a very Californian phenomenon), but the state’s confusion might be more understandable as one reads her campaign mission statement, which swears allegiance to the Constitution as the inviolable contract between a people and its government and then, yes, extends it to the United Nations.

Evoking national sovereignty and then seamlessly blending it with something she calls “the Constitution of the US/UN in the Spirit of Truth,” Munroe called for the creation of a “Citizen’s Bank” in lieu of the Central Bank and “ending mind-control slavery” as well as “practicing Christ consciousness and implementing constitutional justice under the leadership of the US/UN.” She warns against the vast network of “mind control slavery by satellite energy technology weapons and social engineering programs that have been in continual development for the past 50 years…” Alrighty then. [Munroe cleared more than 38,000 votes, which put her spacecraft right behind what Unz was able to garner.]

Outside of Munroe’s tinfoil hat land voters might have found Mike Beitiks on the ballot. Running under No Party Preference, Beitiks kept his campaign rather simple: “My platform is narrow. It’s more of a single board, really. Federal legislators are doing nothing to protect us from the threat of climate change. I will not do nothing. I swear on the graves of future Californians that I will not sacrifice our actual climate to our political climate.”

While Beitiks may not have been the first Senate candidate to declare: “I will not do nothing,” he probably is the first one who actually took a vow “on the graves of future Californians.” It’s a bold move to honor the dead to come rather than those that made the ultimate sacrifice in our nation’s past. And it earned Beitiks more than 13,000 votes.

Green candidate Pamela Elizondo apparently ran a Facebook-based campaign, but on the Secretary of State’s candidate page she merely posted a photo that seemed to harken back to Saturday Night Live’s old sketch ‘It’s Pat!’

Elizondo inspired the in-transition transexual community with proof that it apparently ‘get’s better’ but left most voters guessing as to how and from what? Elizondo snared nearly 40,000 votes.

Tim Gildersleeve, of No Party Preference, was only slightly more verbose than Elizondo in his official statement: “I am a follower of Jesus Christ. I stand for the poor, elderly, and disabled, environmental issues, unions, small business, and represent the average citizen.” That two sentence campaign statement and whatever number of fliers he was able to hand out earned him more than 4,600 votes.

And then there was the candidate I voted for; Jason Kraus. An independent, Kraus had three main heartbeats of his campaign: he vowed to serve one term only, end income tax on individuals and secure the border.

I was one of less than 9,000 voters who cast their ballots for him.

And I was happy to do it. Not for a laugh, but because I appreciate his positions. Mainly because I feel voting at this stage is almost rearranging the deck chairs on The Titanic. I do it out of instinct—I’ve never missed an election since I registered to vote on my 18th birthday. But we’re doomed, and I accept that.

And at any rate casting a vote for a losing candidate is old hat for me, as a former activist Democrat whose presidential ballot bloodline reads: Mondale, Dukakis, Clinton, Clinton, Nader, Nader, Nader, Romney. Two out of eight, well it could be worse.

And this year it probably will be again, no matter who’s on the ballot.