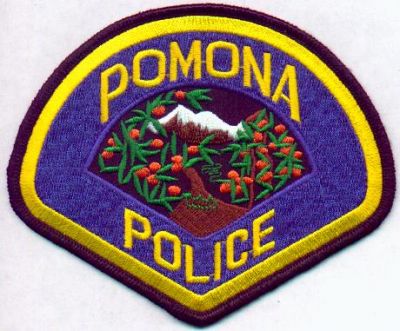 Pomona PD lives to patrol another day, for now

In Pomona, there’s not going to be a new sheriff in town—for now.

Just three weeks after the Pomona Police Department’s rank and file gathered at a beer distribution company on the city’s gritty southside and approved a labor contract that contained another round of eviscerating cuts to its budget, the city council last week dropped its threat to dissolve the century-old department and contract with the Los Angeles County Sheriff’s Department.

The successive moves by the Pomona Police Officers Association, which voted 117 to 18 (dozens of other officers didn’t vote at all) to approve a contract that slashes its budget from $45 million to $37 million, and the city council, which then voted 7-0 to drop the sheriff’s department from consideration, pulled this battered city back from the brink of what promised to be an all out civic war over the fate of the local police force.

But last week’s celebrating looks to be short-lived.

City Manager Linda Lowry says that negotiations for next year’s budget will begin early this fall, the prospect of another showdown seems almost certain.

In a series of comments emailed to the Weekly, Lowry says the worst of the budgetary blood-letting may be behind the city.

“I do not expect the budget gap next year to escalate like it did over the past two years,” Lowry says. “If the city can sustain the labor concessions it gained this year, and continue to resize its operations to fit within a reliable revenue base without reliance on one-time revenues or cost deferrals, additional deep cuts should be avoided.”

The proviso to that silver-lining is in the caveat that the city will be able to consolidate its operations within a “reliable revenue base” and avoid the smoke and mirrors that governments on all levels have long employed to dress up bad news.

“It’s not the financial crisis,” says Mike Neaderbaomer, a PPOA board member with nearly 20 years on the force. “It is bad management by a city council that has continually spent more money than it has brought in.”

Neaderbaomer points out that the Pomona council was raiding its financial reserves even during the so-called “good years” of the chimerical housing bubble, spending more than $11 million in emergency money from 2004 to 2008, leaving the city with less than $2 million in its reserve today against general fund obligations of almost $80 million.

The pain has been mostly shared across city departments, with one glaring exception: the Los Angeles County Fire Department’s operations in Pomona, which has seen its budget actually rise over the last three years from $22.7 million to $23.2 million. In contrast, the Pomona PD has watched it budget hacked from $49.5 million in 2008 to just over $37 million this year.

That disparity has caused the police to allege that the county fire department—which Pomona has contracted with since the mid-1990s for fire services—has either charmed or intimidated the council (or both) into submission.

“When a city council is using terms like ‘financial crisis’ in order to effect cuts across all departments in the city, except the fire department, then the only rational conclusion can be that the political weight of [the fire fighters union] has brought undue influence to our city and has changed the way the council looks at the city and its employees,” Neaderbaomer said.

But International Association of Fire Fighters Local 1014 President Dave Gillotte has long maintained that the fire fighters’ union is just doing what the PPOA is doing, looking out for its own, only with more success.

Yet the Pomona cops believe the council should see a pig at a Hawaiian barbecue when it looks at the fire department’s budget.

“I think the council is not being up front at all. If they were, they would have asked fire to cut even a little fat out of its budget. They could reduce the fire budget by $1 to $1.5 million on a phone call if they wanted to—they just don’t want to,” Neaderbaomer said. “Pomona fire is overstaffed and the biggest kick in the nuts is that most people don’t realize that the county fire department cost more than our own fire department from the first year it was here.”

Pomona’s eight county fire stations are peppered across the nearly 23-square mile city of 160,000-plus people and serve approximately 20,000 people per station, whereas East Los Angeles, by comparison, is protected by three county fire stations that serve more than 40,000 residents each. Hacienda Heights has one county station for the 53,000 people in its 11-square mile service area.

In Pomona, the county fire stations receive an average of just over four calls each in any given 24-hour period. It’s that demand for service—or relative lack of it—among Pomona’s eight stations that has the cops’ hackles up.

It’s unclear whether Gillotte, who has vowed a vigorous fight to defend every dime of the county fire department’s budgetary line in Pomona, will be facing a small grass fire or a Three Alarm blaze as the council again takes up the issue of fire service in the city. While Lowry says she would not contemplate recommending deep cuts in the fire budget, she does note the council is studying a report by an outside consulting group on various options in reconfiguring the fire department’s staffing and equipment to cut costs.

Lowry says the real test for the city will be over the course of the next few years as Pomona attempts to jump-start its dynamic with businesses after successive waves of major commercial and industrial closures have left much of the city blighted. To that end, the city is streamlining its permitting process, redeveloping key traffic hubs and economic corridors and competing for state tax incentives.

But Neaderbaomer says the city doesn’t have a real coherent plan—at least a viable one yet—to steer the former regional powerhouse back from its chronic state of fiscal anemia that one day may become terminal, a la Maywood’s municipal implosion.

If that day comes, then Sheriff Lee Baca may well get to ride Roy Rogers-style into Pomona, but may find more tumble weeds than thankful residents waving back.