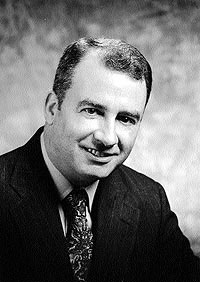 Anemic Our Times vs. Dean of Cheap is tamer than a marshmallow  fight

When the word began filtering through the Inland Valley Daily Bulletin’s newsroom in September that the Los Angeles Times was about to launch a daily edition in the Pomona Valley, editors felt a collective sense of dread.

It seemed the big boy from downtown was finally coming over Kellogg Hill looking for a fight. While the Valley’s readers were sure to benefit from a battle between the newspapers, a real fight would surely stretch already thin resources at the Bulletin.

“We thought this was really going to be a war,” said one staffer at the Bulletin, who asked not to be identified for this story. “Management around here was shaking in their boots. We went from two meetings a day to three, trying to prepare. No one was really sure what to expect, but we braced for the worst.”

Now, a month after Times Mirror debuted its Our Times section for the region, the general consensus at the Bulletin seems to be that the Times wasn’t looking for a newspaper war – just an advertising supplement.

“When you consider what Times Mirror could have responded with, what resources they have at their disposal and what they are capable of, this is actually astounding,” said the staffer at the Bulletin. “They could have brought in seasoned pros, hired away our best staffers and cranked out a kick-ass, competitive edition. Instead it looks like they are using interns and doing a half-ass job. They are following us on nearly every major story.”

Of course, the Times probably doesn’t see it quite that way.

Though editors at Our Times’ offices declined to be interviewed, Times editor Michael Parks announced that the new edition was ratcheting up the heat on media mogul Dean Singleton’s east-county newspapers.   “The Los Angeles Times and the Inland Valley Our Times is a very strong combination,” Parks said in a statement released with the launch of the new edition. “We believe they provide the best value money can buy in local and regional news and information. No one else can match us in terms of coverage, depth and quality.”

That’s certainly debatable.   Given the small size of the new section – a six-page supplement that’s wrapped around the paper’s other sections – it’s almost impossible to run in-depth, investigative features on local issues.   Marcia McQuern, editor-publisher of the 170,000-circulation Press Enterprise in Riverside, says the Times’ new section isn’t likely to break Singleton’s dominance in the east end of the county.

“When you look at the staff of Our Times, it’s clear that their pay scale and future prospects are a lot different than that of the Times Metro reporters,” McQuern said. “My sense is the Bulletin is on top of the situation.” But McQuern is not writing Our Times out of the picture just yet. “I don’t see it as [being as] good a news product as the Bulletin, but at the same time I wouldn’t want them to bring it into our region and go after our readers. We’re keeping an eye on how it’s playing out.”

Though not coming onto the scene with the help of a major marketing campaign, the Times reports the new section has a daily circulation of 45,000 that is spread across 12 cities in the Valley – which puts it into competition with three of Singleton’s east-county regional dailies. Perhaps most alarming for Singleton is that the new section lands squarely in the heart of the reader-rich suburban boomtowns of the Inland Empire.

Patricia Barnes, former editor of the Desert Sun in Palm Springs, was tapped as editor of Our Times and directs a 30-member staff, which includes a few former staff members from other area newspapers—though the Times apparently made no effort to hire away the crème of the region’s news reporters.   The Times launched its new section nearly a year after Singleton completed his newspaper blitz across the Southland, a purchasing strategy that has succeeded in gobbling up a vast stretch of territory and readers, from San Bernardino in the east all the way to the coast.

As he has cut costs at the newspapers by combining editorial operations, Singleton has increased the papers’ attractiveness to advertisers looking for big circulation numbers. Though Singleton has made a name for himself among journalists as a ruthless bottom-line publisher who will gleefully gut newsrooms to boost profits, he vowed to compete with the Times for readers.

To media observers, it seemed that if the Times responded in strength, Singleton would be forced to beef up his news operations rather than slowly dismantle them. Unfortunately, that doesn’t seem to be happening, and given the thin nature of Our Times, it is unlikely Singleton will be investing more resources in his newsrooms anytime soon.

Sources at the Bulletin, which has a 70,000 circulation and is based in Ontario, report that Singleton’s management recently rejected a wide array of proposed budget increases. Editorial staffing at the paper has dropped from about 130 employees when Singleton took over to about 90 today, though most of those cuts came through attrition rather than the expected layoffs.

Given the market potential of the region, readers may have hoped for more from the Times.  In the not-too-distant past, a newspaper “war” meant just that – an inky slugfest between rival publications that was either fought to a standstill or to the point at which one of the papers was mortally wounded. Battles would be marked by the papers hiring away staffers from competitors, expanding street editions and home delivery into a rival’s turf, and sharpening editorial distinctions between the newspapers.

By almost any estimation, readers benefited from a real fight.  While some readers may be pleased to see even a few local stories appearing in the Times, the real winner for the moment seems to be Singleton. Steve O’Sullivan, a veteran Los Angeles journalist whom Singleton brought in to head up the Daily Bulletin and San Bernardino’s The Sun, says the big boys downtown should have saved themselves the trouble.

“No one should underestimate the Times. I certainly don’t, but they are certainly off to a wobbly start,” O’Sullivan said, hardly concealing a slight chuckle. “This region is emerging as one of the best newspaper markets in the nation, and we dominate it. We’re local. The Times is not.”