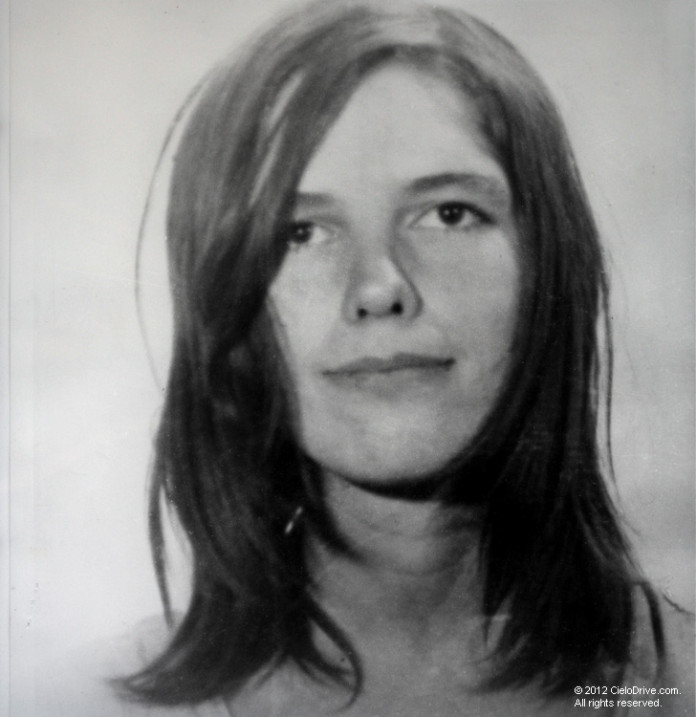 Nearly a half-century after she was sentenced to die for the wanton slaughter of Leno and Rosemary LaBianca, Leslie Van Houten is about to dust off her dancing shoes and waltz out prison

The last terrifying moments of Rosemary LaBianca’s life are hard to imagine and yet too horrifying to forget for most conscious Americans, unless you’re a member of the California Department of Corrections & Rehabilitation’s Board of Parole that last week granted Leslie ‘Lulu’ Van Houten’s request for parole.

The parole board officially recommended that the woman that helped stab Rosemary LaBianca 41 times—Van Houten is believed to have stabbed LaBianca 16 times herself, mostly in the back with a steak knife—be allowed to walk free as a bird.

LaBianca was 44-years-old in August 1969 when Van Houten, then 20-years-old herself, along with her cohorts in the Manson Family butchered LaBianca and her husband Leno in their Los Feliz neighborhood home. Van Houten fought with and then helped hold Rosemary down in the bedroom as the panic-stricken woman listened to her husband being murdered in their living room.

It was a savage attack that lasted for some time. After they were done killing the couple they helped themselves to fridge.

As most cops will tell you, when a criminal orders you to get on the ground, or allow yourself to be tied up, or to get in the car, or to come with them: don’t do it. Once you are incapacitated and/or out of sight somewhere else, it’s unlikely to end well for you. So fight or flight. But a cow-like compliance is likely a ride to the slaughterhouse.

And so it was for the LaBiancas.

Charles Milles Manson, America’s magnetic Hitler—his last name says it all and yet it only scratches the surface of the alluring Satanic darkness he embodies—knew that refusing to obey the predator upon you is indeed sound advice. So on the night of the LaBiancas’ murders, coming as they did only a night after the horror of the killings of an eight-months pregnant Sharon Tate, Abigail Folger, Steven Parent, Wojciech Frykowski and Jay Sebring on Cielo Drive in Bel-Air, Manson decided to show his crew how to do it right.

The way Manson looked at it, the previous night’s killings had come precariously close to failure. Parent was blown away before he really knew what was happening, but he was the first to die as he was driving away. He never made it out of his car. But inside the house, Folger had got free and was able to make a run for her life across the yard before being chased down and hacked to death. Frykowski also fought and made it out the front door before being overpowered and killed. Even Sebring resisted before being shot and stabbed to death. Tate was left to beg futilely for her life and the life of her child.

And Susan Atkins told her calmly: “Look bitch, I have no mercy for you or your child.”

Manson didn’t want to chance another lit fuse to his apocalyptic philosophy of Helter Skelter on some reckless rubes that weren’t paying attention to how to do it right. So on the second night of premeditated slaughter, Manson and Tex Watson made their way into the LaBianca’s house, according to Watson’s later testimony through an unlocked backdoor, and then proceeded to tie the couple up at gunpoint, but all the while assuring them that nothing was going to happen to them more than a home robbery.

The key, Manson reportedly said, was to make sure the victims believed that no physical harm was going to come to them. On the previous night, Watson had infamously declared rather early in the proceedings “I am the Devil, here to do the Devil’s work.” And the killers let their victims know they were going to die.

Less than two years later, the People of California let Van Houten know exactly what was going to happen to her. She was sentenced to gasp her last breath in California’s gas chamber.

Just the following year, the nine robed vocalists of the United States Supremes stepped up to the microphone in 1972 and halted the death penalty across the nation, a moratorium that lasted to 1976. But it was a tune that resulted in Van Houten and her accomplices, including Manson, having their sentences reduced to life in prison. Which Californians likely thought meant exactly that: life in prison.

So now Van Houten, or ‘Lulu’ as the homicidal clan at Spahn and Barker ranches lovingly knew her, has finally got the official nod that she has indeed been “rehabilitated” and is ready to do all of the things she robbed the LaBiancas of ever doing again in this world: enjoying a morning cup of coffee out in the sunshine, taking a walk in the park, indulging a shopping trip, enjoying sex that isn’t a prison fuck, changing a television channel that doesn’t result in a brawl, savoring the sound of waves crashing along a shoreline that are perhaps loud enough to drown out the LaBianca’s screams.

Californians are lectured by the system that, no matter how horrifically distasteful it may appear to be letting a killer walk out of prison, that their eyes deceive them. That Van Houten won’t really be free. No, she’ll be on parole. She’ll be closely watched (on Californians’ dime, of course), she’ll have to report in. She’ll be restricted in her actions and activities.

So, wow, well that’ll show her.

And Californians are reminded by the Parole Board that Van Houten has been “a model prisoner” these 45 years behind bars. In some circles—and its unfair and inaccurate to qualify them as ‘liberal’ as many good liberals (probably most, actually) want to see Van Houten remain behind the cold bars of prison until she draws her last breath—the fact that Lulu hasn’t committed more heinous crimes inside the joint, or that she volunteered to tell groups of antisocial high school students that a life of crime ultimately pays a bitter dividend is somehow a fundamental mitigating factor in the murders she committed that speaks to her rehabilitation and thus warrants her release.

But that’s as much of a perverse sham as the Manson Family’s deluded belief that by slaughtering the ‘piggies’ of the Establishment they would trigger a national-if-not-global race war that would leave them in conveniently charge. (Paging Jim Jones)

Yet some may remember Van Houten, along with Susan Atkins and Patricia Krenwinkel, didn’t just keep a brave face following their eventual arrests and trial—but a gleefully defiant one. While they would later come to cry and blame daddy, claim that they never got enough hugs and that they took too much LSD, for the brutal horror of their acts, in late 1969 through 1971, when they were as sober as a rock, they made sure America saw just how radiant they were in their unrepentant sense of accomplishment. They sang smiling on their way to and from the courtroom.

And they issued more threats of what was coming to the American ‘pigs.’

Van Houten’s pending holiday from justice is not just yet a done deal. Governor Edmund Gerald ‘Jerry’ Brown, Jr., he of Linda Ronstadt fame (God bless, brother) and of Rose Bird infamy (shame on you), will have to decide whether he wants to be the man that affixes his signature to Van Houten’s walking papers.

This could be another moment where Brown demonstrates he has indeed grown wiser as he approaches his eighth decade on the planet. This could be a moment where he demonstrates an understanding that Leslie Van Houten has already received all the mercy she deserves from the People of California with every breath of life she has taken in peace since 1971 and decides she will stay remanded to the custody of the state until her pulse no longer registers.

This could be the moment.