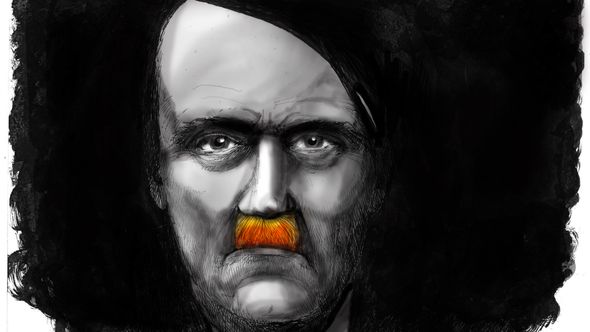 From the streets of Chicago to Arizona highways to Emory University to the pages of the Los Angeles Times, the dangerously escalating anti-Trump rhetoric seeks to reach critical mass by inspiring a criminal act against America’s new Kingfish

Saying that three times, perhaps while closing their eyes and clicking their heels, would still be too bitter a horse pill of reality for many people to swallow; among them filmmaker Spike Lee, actor Louis C.K. and Sen. Elizabeth Warren, all of whom have likened the billionaire businessman leading the Republican primary race to a ruthless dictator that sent tens of millions of people to the slaughter houses of the Nazi death camps and the charnel houses of the battlefields.

Perhaps it is only logical, in light of the long academic death spiral of so much of America’s student body today, that Lee, Lewis and Warren among a growing chorus of others believe they can seamlessly conflate the 20th Century’s penultimate villain with Trump’s insurgent grassroots political campaign that’s turned into a populist prairie fire.

In some respects, this is nothing new. Hitler’s transition from a satanic shadow cast by the darkest reaches of humanity across the Western world to that of a cheap vaudeville stage device employed to tar a political opponent as an extremist stretches back a half-century at least. While the people that usually make such equations rarely appear to have any substantive knowledge of Hitler or the historical facts surrounding his long rise to power—to say nothing of the vast sociocultural and political differences between Germany in 1933 and the United States in 2016—but this is of no consequence to them. Or, evidently, their audience.

Huey Long would be a better political analogy to Trump, to the extent the populist Louisiana governor and senator rode a wave of working class resentment into the state house in Baton Rouge and then on to the United States Senate. Trump’s ridicule and scorn for the establishment as well as his penchant for self-aggrandizement puts him at least in some branch of the Kingfish’s political genealogy.

But of all the things that Long was, a genocidal madman he was not, and thus he simply wouldn’t fit the bill. And besides, once a household name in the United States for his thundering speeches (that in their substance sounded much like Sen. Bernie Sanders), Long is simply an unknown among the masses today. So the political elites, from Hollywood to the Hamptons, are once again serving as casting agents for the role of Hitler in Election 2016.

There’s no shortage of irony that in the organized disruptions of Trump rallies, it is the masked opponents of Trump that are employing tactics similar to Hitler’s SA, the street toughs and thugs that Ernst Röhm deployed across Germany to terrorize political opponents and intimidate virtually everyone else.

The blocking of highways and threatening of drivers (who may well be heading to work or home or the hospital rather than to a Trump rally), the eruptions of planned violence inside and outside the arenas where Trump’s supporters gather to hear him speak, the rushing of the stage by activists while he is at the podium, the screaming packs of protestors chanting “our streets” as they literally seek to drive anyone not chanting in unison with them off those very streets—all are the rising drumbeats of what Alan Dershowitz rightly described as a “fog of Fascism” that is now falling across the country’s university campuses and rolling out across the nation.

At Emory University in Georgia, a state that Trump carried in a walk on March 1st, student protestors occupied the administration’s office on campus declaring that seeing the words ‘Trump 2016’ written in chalk around the college was a ‘triggering event’ that caused them to now live in fear on campus. Student protestors said they had been literally “traumatized” by seeing the word ‘Trump’ and demanded that University President James W. Wagner take immediate action to protect them from further assaults by seeing campaign support for Trump on campus, and to hunt down those who dared to scrawl the hate-crime of ‘Trump 2016’ by using the college’s security cameras to do so.

“My reaction to the chalking was one of fear,” Emory freshman Amanda Obando told the college newspaper The Emory Wheel. “I told myself that it was a prank, and that the responsible individual was probably laughing in their room. I told myself that Emory would do something about it…People still don’t understand that the protest yesterday served not only as an expression against one interpretation of the chalking, but also as a collective manifestation against the fear that a bigot leader can create.”

Other administrators at Emory stated that oppressed ‘students of color’ on campus were being forced to shoulder the dual burdens of advancing racial justice and trying to get good grades. As for students of color who were performing poorly academically, the climate of fear that ‘Trump 2016’ typified on campus was identified as an underlying cause (evidently ruling out too many keggers, bong rips and under-qualified students in academically over their heads that may be protesting chalking more than hitting the books).

Not surprisingly, Wagner praised the protestors, vowed compliance to the root of their demands and questioned whether the term ‘Trump 2016’ itself was a statement of support for a political candidate or rather “a harsher message.”

But the truly ominous backdrop to the escalating and increasingly violent efforts to stop Trump from speaking and his supporters from hearing him speak can be found in the establishment newspapers around the country, with Exhibit A being the Los Angeles Times. While the newspaper long ago dropped any pretense of maintaining editorial standards of balance and equity in its news coverage of issues such as immigration, the death penalty and gun control as it carried out a realignment to fully integrate its editorial narratives directly into its news coverage of those issues, with Trump’s rise on the campaign trail the newspaper has become as equally unhinged as the students at Emory by the prospect of his nomination, much like the GOP’s panicked hierarchy.

In the last three days the newspaper has published more than a dozen stories about Trump, virtually all of them larded with references to the candidate and his supporters as dangerous “mobs” of bigots. Columnist Steve Lopez traveled to a Trump rally in Phoenix and filed a front page story headlined ‘The circus rolls in, and a hate train follows.’ Lopez proceeds to offer what he says is a “peek into Trump’s America,” which naturally is filled with goose-stepping Anglos.

On Tuesday, the newspaper published an op-ed by Arthur J. Magida which dedicated a considerable amount of ink linking Trump to Hitler and recounted that Dietrich Bonhoeffer, a Berlin-based theologian, had as Magida described it: “decided that loving his neighbor meant killing Hitler.”

The message was crystal clear: Tump is Hitler. Bonhoeffer was a good, decent man who made the difficult decision that for the greater good, he had to kill Hitler. The logical extension of that formula only ends in one place. So clear was the suggestion, in fact, that Magida found himself mumbling almost at the end of his column that equated Trump to Hitler the thin disclaimer: “Trump is not Hitler…no violence should be visited upon him.”

The Times attorneys probably insisted on that line being inserted into the column. But no matter, the Los Angeles Times has now joined The New York Times in openly seeking to inspire an act of violence against Trump. Columnist Ross Douthat at the Old Gray Lady wrote last month that Trump would be killed in order to stop his campaign, claiming later it was “a joke” inspired by the 1983 film ‘The Dead Zone.’

At The Arizona Republic, famed editorial cartoonist Steven Benson brought Trump’s morphing into Hitler into facial focus, a powerful image that is infinitely more offensive—and a calculated, dangerous incitement—than The New Yorker’s reviled cover illustration of the Obama’s fist-bumping in 2008. The New Yorker claimed, rightly, that it was a clear satirical spoof of the criticisms leveled against the soon-to-be First Couple. Benson’s image of Trump as Hitler is no spoof, but rather a warning, missing only the concentric rings of a target around Trump’s face to complete the suggested response.

The fever-pitch violence on the streets and the hysterical hyperbole that fills the air on college campuses are ripe fields for the scribes at The New York Times and the Los Angeles Times among many others to harvest, offering intellectual cover and a patina of a deliberated verdict in the hope that the closer Trump comes to the nomination, their words will be a source of divine inspiration.

Whether the onslaught of their unrelenting efforts to transform Donald Trump into Adolf Hitler will find a homegrown Bonhoeffer to take them to heart and see himself as the savior of the republic remains to be seen. The well-connected Bonhoeffer was part of the network that led to the ‘July 20 Plot’ in 1944 that came close to killing Hitler, and he was hanged in 1945 less than a month before Germany’s surrender.

It seems far more likely those stirring the cauldron of vitriolic hatred of Trump and his supporters are more likely to seduce a mild-mannered nobody to their cause, someone like Dr. Carl Weiss, who on September 8, 1935, walked up to Huey Long in the Baton Rouge Capitol and shot him dead, only one month after Long had announced he was running for President in 1936.

The media’s malfeasance here is not a matter of reckless journalistic excess that has allowed a few over-the-top lines of acidic rhetoric to spill on to their pages, but rather is a very calculated and escalating campaign designed to paint Trump as, in their own words: “a racist, xenophobic, bigoted, hate-monger”—and in doing so, they are legitimizing him as a target for violence.

But they either haven’t considered, or don’t care, what the consequences would be if any harm were to befall Trump.

As they continue to publish what amounts to their intellectual rationales for assassinating Trump, if the immorality of what their escalating onslaught of rhetoric may well lead to isn’t going to stop them, perhaps consideration of what would follow will.

If America were to be plunged into that nightmare again—and it feels more and more like it might be—the question has to be once the shooting starts, where does it end?