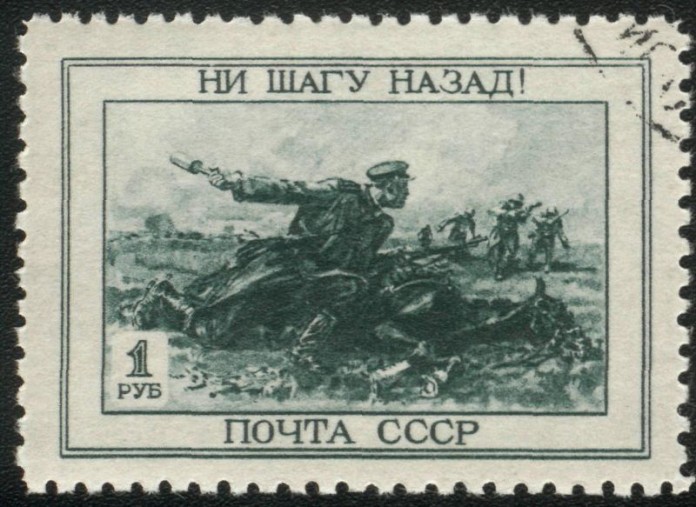 “We’re Russians. We don’t threaten anyone, we just inform them of the situation.”    — A Russian diplomat

Judging by the tone of Washington’s bipartisan political leadership and their retinue of establishment media courtiers, Russia’s determined reassertion of its role in global affairs is cause for great alarm if not yet a call-to-arms.

From Ukraine to Syria and Iran, from the Baltics to the South Ossetian Oblast to the Arctic Circle, the Russian bear has seemingly emerged from a decades-long hibernation and is once again on the prowl like a lumbering nuclear-fanged menace.

Or so the state-driven narrative being spooned out of Washington would portray it.

And certainly across the globe, America and her allies are increasingly finding themselves in close proximity to the Russian military, with Moscow’s Bear, Blackjack and Backfire strategic bombers making brazen ‘practice runs’ toward their NATO target portfolios in numbers not seen since some of the more precarious moments of the Cold War. Russian fighter-bombers have flown daringly close to U.S. warships on patrol and the Russian Navy has demonstrated some of its new weapon systems in Syria as well as its blue ocean reach around the globe.

But as Vladimir Putin’s gold medal gymnastics in Syria’s sectarian civil war demonstrates, a resurgent Russia is more likely to restore a measure of much-needed stability to a world stage where violent chaos seems to have gone viral over the years of unchecked Western hubris and Washington & Co.’s attempts at hegemony.

Consider that in September 2013, America and France had mustered their forces in the Mediterranean for what seemed to be an imminent attack on the Syrian military, ostensibly in response to the use of chemical weapons. Moscow looked at it more like another Iraq and Libya in the making, with Washington ready to issue diktats and drop bombs with little consideration for the long-term ramifications. And they clearly didn’t believe the armada the West was assembling in the eastern Mediterranean was going to deliver merely the concise air strikes the White House was insisting it would limit the campaign to, but rather open up an ongoing umbrella of air coverage that would pound the loyalist forces of Bashar al-Assad and jump-start the ground game of the rebels’ drive on Damascus.

After the debacles that effectively erased the functioning nation-states of Iraq and Libya only to replace them with a deadly patchwork of warlords that saw the advent of the Islamic State’s horror show, Moscow decided to say ‘Nyet.’

But instead of moving directly to the option of military confrontation—and make no mistake, the West would not have risked igniting a shooting war with the Russians over Syria, no matter how many civilians the government in Damascus kills—Putin deftly demonstrated the difference between a former KGB agent and a former community organizer from Chicago.

While President Obama’s position on Syria was so disjointed it looked as if he was breakdancing across the Beltway and trying to moonwalk his way into and then out of Congressional-backing for the air campaign against Damascus, Vladimir schooled Barry on how to play the sudden currents of modern diplomacy in the era of a 24-hour news cycle. When Secretary of State John Kerry remarked, almost off-handedly to the press pool that the impending air strikes could be averted if Damascus was willing to surrender its chemical weapons arsenal—but added that Washington already knew Assad would never agree to such a demand—Russian Foreign Minister Sergey Lavrov made like a casino dealer shouting ‘Blackjack!’ as he turned over that winning card suddenly on the table.

Damascus took the deal that Moscow made clear to Assad he couldn’t refuse. Syria surrendered its stockpile of chemical weapons and the American and French air campaign against the government of Syria never got off the aircraft carriers’ decks.

A year later, it was Russian warplanes that were flying as many as 1,000 sorties a month over Syria, raining death on the panoply of rebels below and allowing Assad’s soldiers to breakout of their stalemate and recover valuable real estate around the devastated nation, applying the cold calculus that every inch of blood-soaked earth will be leverage at the table when and if a lasting peace and governmental transition is ever to be had.

The return of Russia to a position virtually anywhere other than impotent supplication to the West’s geopolitical whims has the American oligarchy of the corporate duopoly frothing, with Democrats and Republicans alike attempting to appear ever tougher in the face of Moscow’s unblinking ascent. Hillary Clinton has barked from the debate stage her intent to confront Russia around the globe, but particularly in Syria, where she says she’ll declare a ‘No-Fly Zone,’ in the Ukraine, where she has suggested she will ship more advanced arms to Kiev and in the Baltics, where Clinton believes a real showdown with Moscow is to be had over the sovereignty of Latvia, Lithuania and Estonia—all former Soviet states that have since been neatly folded into NATO, a move that has committed America to their military defense pursuant to Article 5 of The Atlantic Alliance.

Hillary Clinton’s position on Russia and its role as a major world power in the global arena, in substance if not yet naked rhetoric, is indistinguishable from that of Sens. John McCain and Lindsay Graham, two old neocons who have never met a regional conflict they didn’t want to further ignite by immersing America into and who have ceaselessly baited the Russian bear with taunts that make Donald Trump appear like an august statesman. McCain describes Russia as “a gas station masquerading as a country” and Graham has declared he wants to “create a democratic noose around Putin’s Russia,” literally bragging that he wants to fly NATO’s flag in Moscow’s face.

While Trump’s ongoing feud with Fox News’s Megyn Kelly has absorbed a surreal amount of airtime this campaign season, Hillary’s subdued but nonetheless bellicose rhetoric towards Russia is infinitely more dangerous and yet has passed virtually unnoticed and unchallenged by the press corps. While McCain and Graham’s belligerent posturing as a couple of American bad-asses may be less sexy than every time Kelly makes like Sharon Stone in Basic Instinct and uncrosses her legs behind her Lucite desk on the set of The Kelly File, it’s infinitely more significant to the fate of our future.

Yet both Trump and Democratic-Socialist insurgent Sen. Bernie Sanders have been eviscerated by their opponents and the establishment media for daring to suggest on several occasions that there might be more to be gained through cooperation if not a real global partnership with Moscow than the escalating standoff that Clinton, McCain, Graham, Sen. Ted Cruz and most of both parties Congressional caucuses seem eager to pursue.

Clinton, McCain and Graham all make naked appeals to what they hope is a lingering sense of fear Americans may have for Russia as a peer state wielding its share of global power, as if Moscow’s decision to intervene in Syria will send ice through America’s veins the way Soviet nukes in Cuba did in 1962.

But they are mistaken.

Russia’s reassertion of its rightful role as a First World global power can indeed be a stabilizing rudder, and one that should be welcomed by the West rather than senselessly antagonized.

From the perspective of the Kremlin, in the 24 years since the bloodless implosion of the Soviet Union the American-led West has engaged in a quarter-century long victory march of triumphalism that has carried the banners of NATO to the very borders of Russia. Despite assurances to the contrary, over successive administrations in Washington, Paris and London, NATO continued to add former Soviet satellites in the East Bloc to its roll of member states, sticking a proverbial finger in Moscow’s eye with each new country to sign on.

But to what end?

If Russia’s five-day trouncing of Georgia in August 2008 was a warning that it was reaching its limit with the West’s machinations throughout Moscow’s traditional sphere of influence, Putin’s decision to annex the Crimea and sweep into the critical industrial region of the Donets basin in eastern Ukraine was a black letter warning to Washington that the Kremlin’s red line had been reached.

It might be overstating it to say it was Putin’s version of Stalin’s legendary Order No. 227 (look it up), but not by much. Moscow has simply had enough of NATO’s encroachment and an American self-image that Washington alone possesses the skill and the will to determine the course of world affairs.

Obama smartly declared relatively early into the Ukrainian conflict that there was no military solution for NATO to find there, but ever since his administration has buttressed the idea that America will honor its Article 5 commitment in the event Russia decides to secure its Baltic balcony, putting American soldiers into combat against Russian soldiers on Russia’s home turf and teetering the world on the brink of nuclear war for three countries that 90-percent of Americans know virtually nothing about. It’s an academic scenario, however, as should the Russians decide to occupy the Baltics, or even the rest of Ukraine, the outcome will not be in question and the initial battles over in weeks if not days.

It’s the ensuing war that could unspool rapidly into Central Europe and around the globe that’s the real question for Washington and NATO. Are we willing to go to war for the Baltics?

If that’s Obama’s position—and it is—as well as Clinton’s and Cruz’s position—and it is—then it behooves the American media to demand that the president and the candidates spell out in stark terms the specific national security interest the United States has in the fate of the Baltic states.

Simply put: Why are we willing to risk World War III with Russia over Latvia, Lithuania and Estonia? And if we’re not, why are they in NATO and why are we building up token forces in them even now that will not stop the Russians but rather serve as little more than a sacrificial tripwire along the same suicidal lines of the nearly 30,000 American soldiers on the Korean DMZ.

In the Baltics it is a deployment that assures a wider war, not prevents it as it has in Korea for more than a half-century.

It’s unlikely the president or the candidates will be put to such a question however, but instead the American public will be treated to more displays of Obama peacocking with Congress about how the American military has no peer and that our global prowess is something the world has never seen before. And he is right, that is true. The United States Navy has more aircraft carriers than all the rest of the world’s navies combined, to say nothing of our vast fleets of surface warships and submarines. The professional soldier of the American ground forces is backed by staggering air power and a command and support system that is unparalleled, and America’s network of more than 700 permanent military installations around the planet projects the power that continues to hold its empire together.

But for all that blood and treasure and swaggering size-bravado, it’s unlikely to produce anything from Moscow beyond a cold smile and a shrug that says ‘So what? We can still kill 130-million Americans in less than an hour.’

And that’s a hard fact worth remembering in these turbulent times.

In doing so, wouldn’t it be better yet to raise a glass to our old Russian friends and welcome them back onto the field? We could use the help.