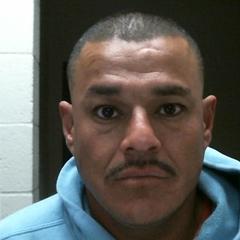 The story itself was hardly front page news for anyone who has been paying even semi-attention to the cold facts on the hot ground along America’s southern border: a convicted felon and illegal immigrant who had been deported numerous times had managed to dodge federal authorities once more and slip out of the United States and back into Mexico just ahead of a looming 20-year federal prison sentence.

But Jose Guadalupe Vega-Zuniga, whose crimes in the United States ranged from smuggling heroin to assault with a deadly weapon, didn’t disappear into a shadowy underground railroad operated by the Mexican narco-cartels, hopscotching from one safe house to another until he could be shuttled through a tunnel back into his homeland.

Far from it, as the Department of Homeland Security knew exactly where Vega-Zuniga was up until early August: kicking back at home in Southern California with his wife, knocking back some tall cans and taking it easy as he waited for his sentencing date in federal court, which had been scheduled for October.

Yet intent on wintering in Mexico rather than a federal prison, Vega-Zuniga snipped off the ‘tracking device’ that DHS had ordered him to wear and by August 18 was enjoying a smooth air-conditioned ride in his wife’s Ford F-150 back across the border to Mexico, where it was undoubtedly margaritas and mariachi time for the felon, though he did eventually send his old lady back north with a message for Uncle Sam: ‘Adios, pendejo.’

When news of Vega-Zuniga’s ballet folklórico across the southern border made the Los Angeles Times last week there were a few more laughs to be found, not the least of which was the Department of Justice expressing a cold sense of betrayal that the felon’s wife—who’s presumably an American citizen—helped her old man go on the lam. While federal marshals finally caught up with Elba Soto on September 14, arresting her back at home and charging her as an accessory to her husband’s crime of fleeing, the United States Attorney’s office seemed shocked that Soto would help her career criminal hubby bolt.

Soto in fact now faces a decade behind bars if she is convicted and U.S. Magistrate Sheri Pym ordered her held without bond following her arraignment. But chances are better than even that Soto isn’t exactly shaking in her boots at the prospect of facing a federal penitentiary’s menu for 3,650 consecutive days, and that shouldn’t come as a surprise either. Consider that Soto’s el esposo walked in and out of custody and then back and forth across the border unimpeded for the better part of the past two decades and look where it landed him?

Probably at Hussong’s in Ensenada with his feet up, savoring his footloose ways in the very birthplace of the margarita.

Soto has children and so how long will it be before her court-appointed counsel plays the “separated family” card on a motion to grant bail, with an electronic monitoring device, of course.

But while the American federal government’s feigned concern that they had been taken for a ride once more by a violent convicted heroin-smuggling illegal immigrant—oh, and Vega-Zuniga had been released on a $100,000 unsecured bond prior to his ‘Baja or Bust’ getaway—is worth a laugh or two, the real rib-splitter came from the pages of the Los Angeles Times.

As any reader of the newspaper of record here in the City of Angels can tell you, along with its sister brides The Washington Post and The New York Times, the Los Angeles Times long ago issued a fatwa on Donald Trump and has been waging a rabid journalistic jihad against him for well over the past year. While the ever-shrinking broadsheet’s panic-fueled rage over Trump’s enduring candidacy has yet to crescendo, no other single news topic has been more carefully subjected to the newspaper’s rigorous editorial cleansing and purification process than mass immigration in general and illegal immigration specifically.

So it was surprising to see Vega-Zuniga’s southbound soiree even make the pages of the Los Angeles Times, particularly in this election season, considering that the fundamentals of the story contradict the newspapers’ most sacred homilies on the subject and in large degree support what Trump has been maintaining (however inarticulately) since he launched his campaign last summer: violent career criminals have no trouble crossing America’s southern border at will and have long been the beneficiaries of intentional malfeasance by a corrupt federal government in America.

The newspaper did bury the story on its B-Section and, in some fine comedy writing, declared Vega-Zuniga’s rally to Baja “a brazen escape,” lest readers get the feeling that this is commonplace in the United States today, a place where hardened criminals with lengthy felony rap sheets filled with violent crimes are literally released on a promise to appear and in the meantime instructed to stay out of trouble.

Yet that in fact is the day-to-day reality that Vega-Zuniga’s story highlights to brutal tragic-comic effect.

The southern border remains a violent expanse of forbidding terrain that’s honeycombed with smuggling routes that have been secured by the Mexican narco-cartels to ensure the unimpeded passage of its contraband; be it drugs or smuggled humans.

But it’s in the American interior where the federal government’s brazen complicity in aiding and abetting mass illegal immigration into the United States remains on vibrant display as tens of thousands of career criminals like Vega-Zuniga continue to waltz around content in the knowledge that there is little to worry about.

While Vega-Zuniga is cooling his heels back in his native Mexico, the true scope and depth of mass illegal immigration pouring into the United States was glimpsed again just recently when Edward Alden, a senior fellow at the Council on Foreign Relations—an elitist policy group that favors mass immigration—acknowledged that throughout the administration of George W. Bush as many as 3 million immigrants illegally crossed the southern border successfully every year. During the Obama administration, Alden claims that tidal wave has flattened to a tidal flow of merely 250,000 illegal immigrants successfully crossing annually as of last year.

But of course, Alden’s playing with the numbers, as that figure, which is certainly an understated projection, does not include the hundreds of thousands more from Central America and elsewhere that cross illegally into America and then turn themselves in, relying on being released as Vega-Zuniga repeatedly was: with little more than a tracking bracelet and a promise to appear.

For all the sensationalized ‘fear’ of deportation that has been spun into platitudes that hold millions of people are hiding in the shadows—hysterical rhetoric that is once more being played in high rotation this election year—the truth is that Jose Guadalupe Vega-Zuniga puts another face to the grim reality.

A life of crime led in the United States and deported repeatedly but never successfully, Vega-Zuniga has finally retired to Baja for now, but he may well grow bored of lobster and micheladas for breakfast and return to his American summer home and his old job in the distribution and franchising business.

But one thing’s for sure. It’s up to him. No one else seems to be watching the door or the floor.

America, they don’t call it the Land of Opportunity for nothing.