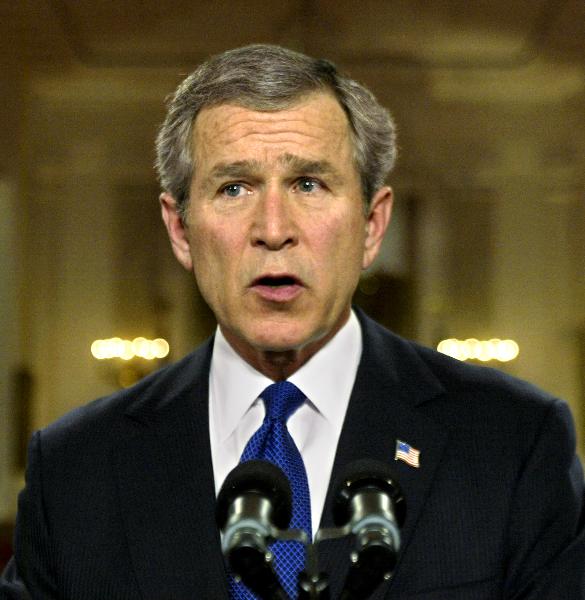 I know this because I’m a pornographer. Well, sort of. I originated and for the past several years have moonlighted as a producer on the Jail Babes video series, which launched Larry Flynt into the booming adult-video business. I have in that time been treated to the inner workings of a business that continues to fascinate libido-driven Americans. And recently Flynt’s producers and our peers at other companies have been briefed in meetings and memos as to just how we are to react, given the new President and incoming Attorney General.

Fourteen years ago, of course, Reagan’s Attorney General Ed Meese launched a celebrated (and reviled) antiporn crusade that included a bevy of busts; but since then the LA-based industry has grown into a multibillion-dollar business reaching into nearly every corner of America, culturally, politically and even economically. Consider that an estimated 25,000 video outlets across the nation stock adult material and that more than 10,000 new adult-video titles are released each year; last year there were 711 million rentals of hard-core sex films. Porn is a $10 billion industry–$4 billion of that in explicit video sales–that even has links to corporate parents like General Motors and AT&T. (Whatever collective pain and persecution the industry suffered during the Reagan and Bush the Elder years, when Bill Clinton rolled into the White House with a social agenda that did not call for the outright destruction of smut, pornographers in the San Fernando Valley–Wicked Pictures, Vivid Video, VCA and Hustler Video are the biggies–saw eight years of relative green lights and blue skies.)

Welcome to the era of kinder, gentler smut.

“Everyone has grave concerns,” says Jeffrey Douglas, a lawyer who specializes in First Amendment issues and has represented the adult industry since the early 1980s. “Most of us on the legal side have advised those in the industry to assume, no matter who got elected, that the environment [read Justice Department] will be less sensitive to First Amendment issues.”

While the focus on Attorney General John Ashcroft has to date been on his positions on civil rights and abortion, little attention has been paid until now as to how–and how effectively–the former senator from Missouri might weigh in on the culture wars surrounding the First Amendment.

Anticipation that the knock will be followed with a shout of “We have a warrant!” is what has led the porn companies to issue what at least in Hustler’s case proved to be a twenty-four-point set of guidelines. We producers have been provided with what might better be described as a Just Say No List, for every line starts with a No (it can be viewed online at Inside.com). The list, which reads like material generated for a classic Lenny Bruce or Dick Gregory routine, discards everything from fetish rituals found on the fringe to some of porn’s most signature sex acts.

First and foremost, producers and directors are no longer to shoot any material that depicts a female model who appears to be suffering “unhappiness or pain.” Ditto for “degradation.”

Food can no longer be used as a sexual object, obviously sparing carrots, cucumbers and bananas from further degradation and heading off a full-scale investigation from the Department of Agriculture.

Blindfolds are also out.

So is sex in a coffin.

So is urinating on camera, unless it is done “in a natural setting” such as a field or roadside.

No male/male penetration can be shown.

Bisexual encounters are also out, as are scenes involving transsexuals.

A self-imposed ban from the late-1980s on subjects of adult-age incest (i.e., college-aged guy is seduced by middle-aged mom) will continue during the Bush Administration, despite the fact that mainstream theaters project the topic with such films as Spanking the Monkey. Ironically, this forbidden fruit is the subject of the 1980 film Taboo, which the industry trade publication Adult Video News recently reported as one of the all-time bestselling adult videos, with sales topping a million copies.

The new guidelines also state: “No black men, white women themes.” Perhaps in a tip of the hat to Thomas Jefferson, producers can continue to feature white men having sex with black women. (In other words, maybe the new Administration won’t view scenes of white men screwing blacks as out of the ordinary.)

The new rules do allow a male model to ejaculate on a female model, with the caveat that the “shot is not nasty.” Lawyers will now be able to jack up billable hours to determine if the semen on a left breast is “nasty” but the semen on a right elbow is to be approved. Douglas is equally derisive in his assessment of the new guidelines: “That list is complete horseshit,” he says. “It’s probably a third generation of someone’s interpretation of what a lawyer suggested.”

Roger Jon Diamond, a Santa Monica- based lawyer who has been defending adult material since the late 1960s, and whose cases have gone to the Supreme Court, feels some of the worry may be overblown. “I don’t think Bush or Ashcroft can successfully bring us ‘Meese II,'” he says. “Too much material is already out there in too many places. How are they going to prove community standards [a central requirement of the ‘Miller standard’ the Supreme Court set in determining obscenity] now? You can’t unring the bell.”

While Douglas notes that the chances of the Bush Administration killing off an industry that has survived every President (and Attorney General) since Nixon are slim, he warns that the government would be just as happy to inflict some serious pain on it. And here, Diamond notes that the industry’s will to draw a line in the sand and fight prosecutions may well determine how much damage is inflicted. “It’s like soldiers landing on the beaches. You know you are going to take the beach, but some guys up front are going to have to take some bullets for everyone else. So the question becomes, who is willing to take some bullets?”

“Irrespective of Ashcroft, the Bush Administration brings very dangerous forces into play,” Douglas says. “Unable to influence Congress, to satisfy the religious right they are going to have to take action outside the legislature, and the area they have the broadest discretion in is the prosecution of crime. And Congress will not be outraged. Bottom line: There will be aggressive obscenity prosecutions.” If the previous two Republican administrations are any indication, Douglas says, the industry can expect at least thirty or more companies to be targeted by the Justice Department. That’s about how many were put in the crosshairs under both Reagan and Bush Senior.

Douglas maintains that the real question confronting the adult industry is how the expected prosecutions will take shape. “It will depend on whether [prosecutors] want to grab headlines and simply appease the religious right,” Douglas says. “Or do they really want to change content?”

If they seek a purely political nod to the hard right in the GOP, prosecutors are likely to seek prison sentences and wage a no-quarter battle to that end. Douglas says that tack was taken by prosecutors under the Reagan Administration–an era that he darkly notes was marked by Justice Department attorneys who signed their official correspondence “Yours in Jesus Christ.”

If prosecutors want to shape what the industry creates rather than exact a blood tribute through prison time, Douglas says they are likely to hew to the tactic the previous Bush Administration employed: levying huge fines that will cripple the targeted companies.

Douglas has seen that happen firsthand. “You have to be emotionally prepared as well as financially prepared to fight the government. It’s easy to say, ‘I believe in what I do and I’ll fight for my right to do it,'” he says. “But you find that a lot of big talkers will plead out real quick.”

It’s hard to remember at times, but there was a brief, shining period when the concept of what was being filmed actually mattered. Stepping out of society’s closet in the early seventies, American porno was a bastard art form that offered directors real freedom from conventional standards and restrictions. Filmmakers like Jonas Middleton, Robert McCallum, Cecil Howard, Henri Pachard and Kirdy Stevens explored the rich mines of human sexuality. Those men were joined by women like Helene Terrie, who wrote and produced Taboo, and Ann Perry and Maria Tobalina, both former presidents of the Adult Film Association of America. There were a lot of busts, trials and pain along the way. Now the question arises, Why were those sacrifices made? Did those people sit in jail and prison just so others would censor themselves into depicting officially sanctioned sex? Was that the point?

George W. Bush and John Ashcroft have won half the battle simply by showing up. Some in the business feel that even those of us shooting under the new guidelines will be targeted. As one producer noted, “They hate us all, and they’ll come after the whole industry.”

The way it should be.

This article was first published in The Nation. 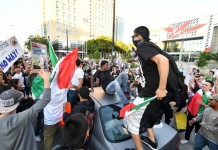 Do You Know The Way From San Jose? 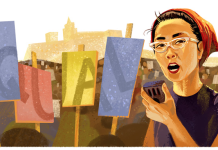 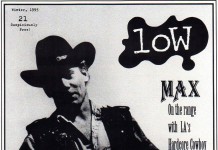