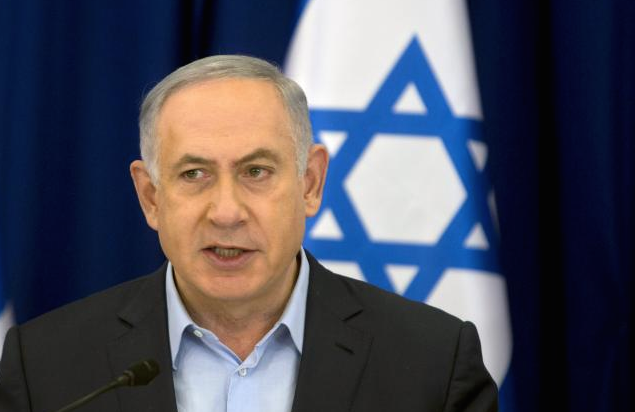 One can say many things about Israeli Prime Minister Benjamin ‘Bibi’ Netanyahu, and some are even publishable, but first among them must be that he has long read the underlying intentions of the world powers far more astutely than some of his neighboring heads of state and thus has played his cards far more brazenly and to much greater success.

In mid-April, as Syria’s long-running collapse teetered on the edge of further disintegration as cease fires around the shattered country shuddered under the dull thud of mortar fire, Netanyahu took his cabinet into the Israeli-occupied Golan Heights where he formally declared the Syrian land to now be eternally part of Israel.

In other parts of the world and with other countries in play, oh, say in Eastern Europe for example, such a move would have resulted in a stampede by the diplomatic corps to the waiting forests of media microphones to denounce such a flagrant violation of international law.

But in the Middle East in 2016, a region that is becoming ever richer with bloody chaos, stacked bodies and a mass human exodus even as it grows shorter in supply of recognizable nation-states, Israel’s unilateral declaration of annexation—albeit nearly a half-century after it captured the strategic territory from Syria during the Arabs’ disastrous attack on the Jewish state in 1967—was met with the equivalent of a quiet belch under the breath from Brussels to Beijing.

So par for the course have Israel’s occupation diktats and cascading series of fait accompli become that it isn’t much ‘news’ anymore either, with most newspapers, broadcast and cable news outlets offering little more than obligatory legal notices run somewhere between Kim Kardashian’s latest nip-slip and the weekly weather report.

While on paper every major world power, including the United States, have never recognized the Israeli occupation of the Golan for anything more than what it is—a military occupation of another country’s land—in reality they have steadfastly turned a blind eye to Tel Aviv’s practice of creating ‘facts on the ground’ by pouring settlers into the region along with its tanks.

Israel has essentially employed the same playbook throughout the occupied West Bank and Gaza Strip of Palestine as well as Lebanon’s Sheba Farms, continuing and accelerating former Prime Minister Ariel Sharon’s old battle cry of “grab the hills.” While it would eventually pull out of Gaza completely, the number of heavily armed Israeli settlers planted in fortified compounds salted throughout the West Bank today numbers about 500,000—a figure that does not include Palestinian East Jerusalem. According to the pro-settlement Israel National News, Israel has succeeded in placing about 800,000 settlers throughout territory it currently occupies outside its recognized 1948 borders.

Netanyahu’s decision to stick his finger, or another appendage, in the eye of the world powers by holding a cabinet meeting in the occupied Golan, was a matter-of-fact pronouncement that he is known for, a cold sneer that contrasts with the bald bellicosity of Sharon if only in style but not substance. “It’s time that the international community recognize two fundamental facts: First, no matter what happens on the other side of the border, the line itself isn’t going to change,” Netanyahu declared. “Second, it’s time that the international community finally recognize that the Golan will remain forever under Israel’s sovereignty.”

Netanyahu spoke like a man who knows the score—that Washington will indulge Tel Aviv’s land grab no matter what and that Paris, London, Moscow and Beijing will offer little more than diplomatic mumbles at the UN—and those living under Israeli occupation are again treated to the sad spectacle of a single nation issuing decrees with effective impunity.

It is surely not lost on the millions of not only Palestinians, but of tens of millions more Arabs across the region that when Iraq rolled its tanks into the oil-rich fiefdom of Kuwait in 1990 in an annexation Saddam Hussein described as a regional tussle over historically Iraqi-territory, the world powers wasted precious little time in letting Baghdad know that was a bit of a problem. But the Arabs also know that they won’t be treated to an American president declaring “This will not stand!” in the face of Tel Aviv’s annexation of the Golan, as George H. W. Bush did in the wake of Iraq’s invasion of Kuwait.

No, this will stand.

And Netanyahu knows it and he also sensed it was the perfect time to declare it: as a very special retirement present to President Obama on his way out of the White House. The idea that such a move might stir serious resentment among an incoming administration, particularly of a Democratic variety, is little more than thin milk served at room temperature. Hillary Clinton will do whatever it takes to emblazon her Israel-first bona fides across the minds of key power players in states like New York and Florida, and if that means she has to fly to West Jerusalem this September and jump into a militarized Caterpillar bulldozer and plow through a block of Palestinian homes in East Jerusalem (after a courtesy three minute eviction-evacuation notice has been sent via text to the huddled residents inside, of course) then so be it.

Clinton might make it up to the Palestinians later if she’s elected, perhaps touring one of the stagnant, collapsing ghettos the Palestinians have been forced into across the West Bank or Gaza, where she’ll allow a young Palestinian boy to polish her boots for the cameras, tossing him a few shekels with her smiling reminder that “Arbeit macht frei.”

Israel’s annexation of the Golan follows its acknowledgement last year that the long sought ‘Two State Solution’ of a free Palestinian state alongside Israel never really was what it had in mind after all. To the contrary, the present situation in the Middle East is for Netanyahu and his coalition a fertile field of dreams that allows Tel Aviv to finalize its establishment of a ‘Greater Israel’ that stretches from the Jordan River to the Mediterranean.

In the stroke of little more than a decade the map of the Middle East has been remade in a manner not seen since the collapse of the Ottoman Empire at the end of World War I a century ago.

Iraq, Libya and Syria simply no longer exist as functioning nation-states, but have dissolved under the West’s invasions, air campaigns and sociopolitical engineering schemes that have produced nothing more than more chaos. Lebanon is trying to hold on as Jordan and Egypt buckle under the growing stress. Even Saudi Arabia seems unsure what to do as Yemen dissolves next door and Iran rises in the east.

And Palestine? It is clear now that Tel Aviv has no intention of ever letting it manifest beyond a mass of occupied land honeycombed with Israeli fortifications, the Palestinian ‘state’ nothing more than a patchwork of semiautonomous cities, ghettos and camps forever reliant on annual UN handouts of relief aid.

It’s hard to believe now, but in March 2002 a comprehensive peace plan was put on the table by the Saudis that offered a sweeping peace deal that would well have changed the course of the world we live in today. At its crux, the Saudi plan called for the Israelis to return to the ‘Green Line’ of its 1948 borders, including a withdrawal of all settlements in the occupied territories, the establishment of a Palestinian state in the West Bank and Gaza with East Jerusalem as its capital, and in return the Arab nations declaring peace with Israel, recognizing its borders and security and the normalization of diplomatic and economic ties with the Jewish state.

One didn’t need the hindsight of the following 14 years to understand it was a brash plan that was the last, best hope for a real peace in the region. Instead of seizing the moment and saying ‘Yes,’ the forces of intransigence on various sides of the conflict dug in their heels and strangled it with every device at their disposal; from Palestinian street militias that sensed they would face their end in a real Palestinian state to Sharon’s government, which had no intention of returning that scale of land let alone allowing a return of tens of thousands of Palestinians to their former homes in Israel. And Tel Aviv again raised the old canard that a return to its legal, internationally recognized borders is ‘impossible’ as it would put Israel in an indefensible position against mercurial Arab armies that simply no longer exist as they did in the 1960s and 1970s—when Israel annihilated them.

And of course, no one wants to mention that the only nuclear-armed nation in the Middle East is Israel. In short, none of its neighbors would dare attack Israel in a mass conventional assault as was attempted in 1967 and again in 1973, let alone have a hope in surviving a suicidal ‘war’ against the Jewish state today.

Yet that close brush with a comprehensive peace deal in the Middle East in 2002 seems rarely remembered now beyond those that attempted to broker it and the journalists that covered it, but perhaps that’s for the better. A wider recollection of it around the world now would only further highlight just how far away peace has slipped ever since and how much the region has irrevocably changed.

Nations are gone that will never return as we knew them. Leaders willing to make peace are now dead and have been replaced by tribal warlords that despise the very thought of it and a political leadership in Tel Aviv that has grown far too accustomed to the bitter role of occupying conqueror.

And so Netanyahu rolls into the Golan Heights this spring to inform the world that this strategic Syrian land is now “forever” part of Israel, perversely turning the righteous declaration of ‘never again’ on its head to ‘here we go again.’ 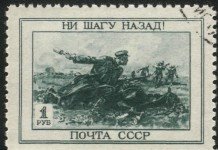 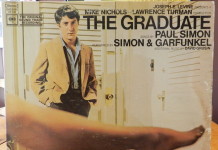