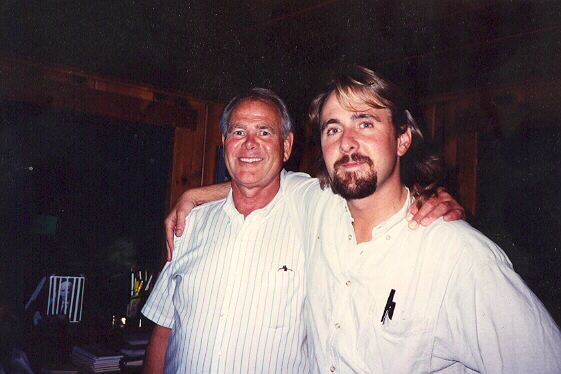 When it comes to marriage, MARK CROMER isn’t sure that father knows best

I have long thought that my dad looked at marriage as a game not unlike poker: Don’t like what’s in the cards you’ve drawn? Fold ’em quick and wait for the next hand.

Over the years I’ve watched in a state of semi-detachment as Dad refined this philosophy, going to the altar again and again after his 13-year marriage to my mother went down in the 1970s like the Hindenburg.

I say semi-detachment because my mother, who raised me, sheltered me somewhat from my father’s nuptial adventures.

Then again, Dad was Dad, and it was kind of hard to avoid the obvious as new faces and names appeared during my visits with him. None of the Post-Mom wives lasted very long, much to my mother’s pleasure. I can’t be exactly sure, but I figure each of them had a shelf life of about 2.5 years before disposal.

After a divorce, he would settle into a “cool-down” pattern of several years before starting the cycle all over again.

My brother and I set up an early-detection system whenever Dad was single. If we were getting a lot of phone calls from the old man and invitations to spend quality time together, we knew the coast was clear. We’d pick up a blip on the radar screen when the calls suddenly dropped off and Dad became progressively more busy: another wife on the horizon.

So perhaps I shouldn’t have been too surprised when my dad called a couple of weeks ago, following a dry spell of several wifeless years, and broke the news that he was going to Sin City to tie the knot. Yep, in the long and dark shadow of five previous wives, old Pops was going to waltz into Las Vegas and step up to the altar for Round Six.

And I was invited.

Honestly, I never really considered not going. Despite the animosity that has simmered and flared between my parents and the sheer indifference my brother has managed to display after moving 300 miles away, I have become accustomed to what I consider my dad’s shortcomings and love him just the same.

As I said, Dad is Dad. What’s a guy to do? I sort of figured Mom wasn’t going to take it too well, so I tried to take a lighthearted approach when I called her.

“Listen. Far off in the distance. Sounds like wedding bells in Albuquerque.”

She kind of got a kick out of it, actually-until I told her that I was going to attend. Her end of the line slowly grew colder than an Ice Age as I tried to explain (for the millionth time) that I wanted to let Dad’s decision to bail on “us” be water under a very emotional bridge. You know, the old time-heals-all-wounds thing. She wasn’t biting.

“Fine,” she replied. “But when he’s standing at the altar be sure and ask him, since now that he has a dual income, if you and your brother can expect to see that $16,000 in child support he never paid!”

Right, Mom. Unfortunately, I lost my cool and screamed that it wasn’t good enough for just her to hate him, that she had to poison everybody else’s relationship with the old man as well.

Two weeks later I was checking into the Econolodge on the north end of Las Vegas Boulevard, the only guy out of probably 50 blood relatives and friends from my dad’s side of the family who bothered to make the journey. I had no regrets. I was committed. I knew what had to be done. I ambled down to the Mirage and started chain-smoking between a long string of Harvey Wallbangers.

The following morning, nursing a vodka and Marlboro Light hangover, I took my seat inside the “west wedding chapel” on the second floor of the Treasure Island Hotel. I sat on one side, a dozen or so other guests sat on the other. The ceremony was mercifully swift, punctuated by the piped-in music of a droning carnival organ.

To my surprise, and though my mother would have wished otherwise, the bride was radiant and my dad looked like a million bucks. But the minister was apparently confused and she waxed eloquent about how the rings exchanged were like eternity-with no beginning or end.

“Ladies and gentlemen,” she announced, “I present to you, for the first time, Jim and Judy Cromer.”

I suppressed a sudden urge to loudly clear my throat.

Later on, at the reception, I toasted the happy couple: “A great captain once said, `We’re not here for a long time, just a good time. So here’s to the good times.’ ” It earned a hardy “Hear! Hear!” and a broad smile from my father. Ah, acceptance at last.

On the way home I let my eyes unfocus on the black asphalt of Interstate 15. It was over. Pops had survived 57 years of life to play a mean game of Pick Six. I didn’t feel sad or happy or angry or anything, really. Although as a single guy rapidly approaching 30 who has so far avoided the big “I Do,” I began to wonder where all my fears about the institution were coming from.

Now that it’s over, I know my mom will be calling sooner or later to pepper me with the inevitable questions about the wedding and how my dad looked and, especially, what she looked like.

I’m not mad at Mom anymore. I’ll tell her what she wants to hear. And I wish my dad the best. Again.

This column was first published in the Los Angeles Times and Details. 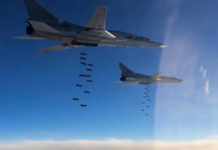