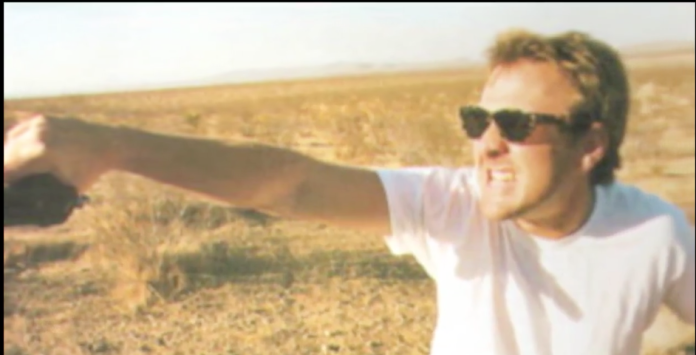 I haven’t been a big fan of birthdays for a long time.

And now, as the year finally surrenders to December and the brittle age of 30 lurks less than 365 days away, I’m not sure I’ll ever look forward to one again.

I swear I did my best to look relaxed-even happy-as my mom and girlfriend waltzed the traditional marble fudge cake out of the kitchen, their smiling faces beaming over the glowing candles. But all I could see was the best years of my life going up in the smoke from those tiny wax pyres.

Birthdays were nice when life was simple. Back in the days when the celebration meant a living room full of toys, lots of cards stuffed with money from relatives I’d never met, and neighborhood friends over for a hot-dog roast and slumber party. That era came to an end with the dawn of puberty.

Since then, I’ve had only two birthdays that I really looked forward to.

The next, and last, cool B-day came along three years later.

The sacred 21. I scanned my driver’s license for a long time on that hallowed occasion, blissful that my days of standing in front of liquor stores with friends looking for sympathetic adults willing to do us “a favor” were over. What a gift that was, no more having to look insulted or befuddled when a clerk carded me. No more asking if they’d accept a library card.

A lot of my friends fell into marriage and a 9-to-5 grind well before they were 25, but figuring I might be on to a good thing, I stayed single and in school until my mid 20s. I remember an uncle of mine laughing the time I told him I was under pressure from the folks to graduate and get on with my life. “Milk it for as long as you can,” he advised. Little did I know what words of wisdom those truly were.

The days of “milking it” have pretty much faded away, but the finality of life’s changes didn’t really hit until I was staring down the cold barrel of another birthday cake.

My mom decorated the cake with Peanuts characters such as Linus, Charlie Brown and Snoopy holding signs that were supposed to cheer me up. But they may as well have read “Happy Birthday Blockhead! Another year has rolled by and your hair’s a little thinner, your gut a little bigger and you’re indentured to Citibank!”

One thing that all this angst surrounding this birthday has taught me is that age really isn’t a stigma to many women, at least when they are hitting their 30s and 40s. I cautiously asked several female friends and colleagues of mine how they handled the end of their 20s, figuring I might find some consolation there. Bad move.

“I was fine,” one replied. “You know that old saying about women are like wine? It’s true. Thirty was great and 40 was even better.” Another told me: “I felt like I was finally hitting my stride when I turned 30. I was just entering my prime. Evolving from a girl into a woman.”

Wine. Prime. Ahhhhh! They felt like a fine glass of Gallo. I felt like a grape shriveling on the vine.

Down at the neighborhood bar, my buddies were a little more sympathetic. By the time their 20s were ending, many of them were getting divorced, remarried, paying child support, looking for another job. They told me not to worry about it. They said I’d get over it.

The best part, they assured me, was women really do get better in their 30s and 40s. Financially independent, clear-minded and sexually confident.

“And they all want a man with the same qualities,” one friend promised. “They don’t want some kid in college whose parents are paying his auto insurance.”

I felt a little better after that, but my girlfriend is 23, which means I’m in for a long wait before she hits her prime. And by that time, 40 will be tightening its noose around my neck. But as my friends said, it’s unavoidable.

I can hear the captain’s voice crackling over the cabin intercom. That’s 30 down below. It’s time to take my seat and buckle up. The flight was pretty smooth but it looks like it’s going to be a rough landing.

Where’s my attendant? I think I need a drink.