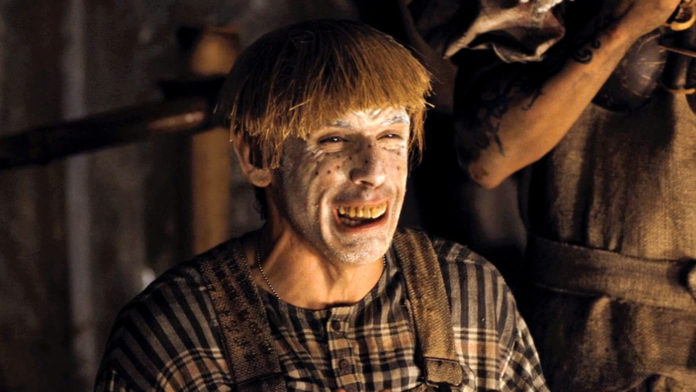 As the cultural elites remain skulking amongst themselves while safely cocooned in their bicoastal, velvet-roped VIP lounged lives, seething over the troglodyte tribes that they believe sabotaged their HiDef plans for America in favor of some low-rent analog rerun, they are taking solace wherever they can find it for now.

So it’s a sadly revealing display of just how completely untethered the 212 and 213 universes remain from the daily reality of most Americans that they are convinced that they will land their first epic blow against Trump and his unwashed legions of deplorable developmentally disabled minions at his inauguration.

In short, Hollywood has not RSVP’d and they believe that alone is enough to ruin the party.

They are crowing that since no major artist of note—at least as measured by their Hollywood-hipster, Manhattan-chic somewhat slippery scale of noteworthiness—seems willing to perform at Trump’s swearing in ceremony it counts as some sort of tangible victory in their jihad to ‘delegitimize’ Trump. Ironically, it’s actually a sign of the dazed and desperate state the celebrity left has found itself in post-2016. With the Democrats losing nearly 1,000 seats across the country since 2008 (the Washington Post reports a conservative estimate is at least 870 net seat losses for the Demos or as the newspaper phrased it: “Decimation times 50”) and with all three federal levers of power now in the GOP’s greasy hands, the Democratic Party finds itself in its most precarious position in nearly a century and the panic is palpable in Hollywood.

Thus the appearance of episodic ‘message’ videos featuring various calibers of celebrities ostensibly pleading to the supposed target audience, be it Electoral College electors or members of Congress or whoever else, to stop Trump. Their actual intended audience of course are their fellow denizens in Hollywood, where they seek to burnish their ‘me too’ credentials among the armband liberal wearing set that enjoys checking papers at the door during their evening soirees in Bel Air.

And so America was treated to the macabre reappearance of Loretta Swit, the once powerful actress who possessed a very natural beauty, attributes that she employed in potent combination during her memorable role as Maj. Margaret ‘Hot Lips’ Houlihan on the groundbreaking 1970s television show M*A*S*H. Her face now horribly disfigured through decades of plastic surgery and gallons of Botox pumped into it, she stands as a grim testament to Hollywood’s soul-piercing terror of aging naturally and being, well, real.

Identifiable in the video primarily through voice recognition, Swit surfaced in Hollywood’s last minute plea to electors in Trump-carried states to cast their ballots in last month’s Electoral College vote for anyone but the candidate that actually won those states and it may prove to be one of her last public appearances, at least if producers don’t want to depress and disturb viewers again.

Following their failure to dissuade the Electoral College from doing its job, perhaps it stands to reason the next logical target would be Trump’s inaugural.

Inside the alternate reality that is Hollywood’s cultural landscape, where a premium is placed on monitoring who attends what parties with who while wearing what outfits as well as taking careful note of who was not seen, perhaps branding Trump’s inaugural festivities a no-go zone and then declaring victory does burnish ones street cred among the in-crowd.

But the vast swath of working American voters couldn’t care less. Not about the so-called ‘stars,’ not about the inaugural party, and not whether a song is sung or a poem is read.

And neither should Trump.

In fact, he should embrace the cold shoulder from the cultural elites and use it to highlight the distinction between what the elites value—indeed, what they worship—versus the priorities of everyday working Americans.

Having already trimmed the number of inaugural balls he plans on attending the night of January 20, Trump should go much further still and announce that he’s canceling all the hyped-up hoopla that inaugural celebrations have needlessly come to feature. He should take the oath of office and give his inaugural address, then after the howitzers roar in salute and the United States Marine Band strikes up ‘Hail to the Chief,’ Trump should forego any further pomp or parade and instead head right to the White House and get to work.

It may seem counter-intuitive for a showman like Trump to ditch the show, but that’s why such a stroke of common sense would appear bold, brilliant and oh so very Trump. It would be another notable moment in his determination to restore the focus of government into a functioning institution that actually serves the American citizens that fund it.

America needs a lot of things right now, pageantry isn’t one of them.

The message would be clear and compelling: Enough already with the self-congratulatory spectacles, it’s time for the American leadership to put their shoulders hard into an agenda that benefits working Americans across every strata. (Hint: That doesn’t include attempting to repeal and rebury an already largely toothless independent Congressional ethics committee.)

That’s not to say there still won’t be entertainment on the National Mall to the benefit of Trump and the amusement of his supporters.

The professional protestors in the street will still do their thing—scream profanities, violently attack people they suspect oppose them, hurl bottles filled with urine at police and hypno-chant fantastical mantras that keep them believing they live in ‘a Fascist police-state’ and they are the noble rebel alliance poised to save humanity; yada, yada, yada.

Speakers will still address demonstrations and this is where some of Hollywood’s A-Listers may actually appear in Washington on January 20, jetting in to preach to the flock and vow what they fancy as ‘absolute defiance’ (as the true rebel Allen Ginsberg once put it) before they’re off to their next red carpet stroll where they’ll mug-it-up for Entertainment Tonight and gush on camera how much they love a director they hate with a smile.

But meanwhile Trump should hit the ground running and kick off his first day as Obama spent much of his tenure in the Oval Office: using his pen and his phone.

As a thank you to the broadcast and cable networks for the ongoing fair shake they have provided him since June 2015, Trump could live stream his Day One in the Oval Office on Twitter and occasionally offer live shout outs to various media favorites of his by noting how he wished they could be there.

There aren’t many among the more than 90 million Americans who have been ‘dislocated’ out of the workforce who would find solace in Garth Brooks warbling some sappy crap backed by a choir, as he did at the Super Bowl half-time show-like production that heralded Obama’s magical arrival in 2008.

There aren’t many idle factory workers that will be comforted by Queen Latifah or Ashley Judd reading passages from historical figures.

Of course, if Trump were to deep-six the inaugural festivities in favor of a more refreshingly austere itinerary that opens with his swearing in followed by his first day officially on the job before closing later that night with a dance or two at a couple of the black tie balls that will be held around town, the media that has grafted itself to Hollywood’s hip will immediately spin it as a stunning success for the Grade A glitterati that oppose Trump.

But the vast majority of Americans, including many that did not vote for Trump, would appreciate it for what it would truly be: blessedly less of the same old song and dance. 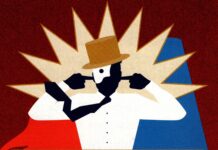 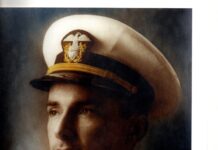