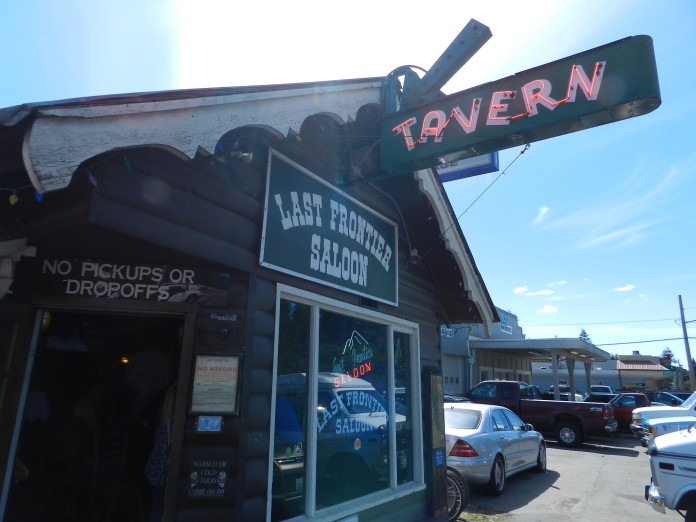 In a one street town tucked away in Northern Washington, the pulse of an America that once was still registers, for now

At a bend in the Snoqualmie River, where State Routes 202 and 203 converge, is an unassuming roundabout that peels the 203 off northward in a two-lane blacktop that snakes through verdant farmland and the lush flora that canopies coastal Washington while jumping the 202 across the river where it streaks west as the Redmond Fall City Road.

And if you gaze for more than a few moments at the lazy green curl of the Snoqualmie, carried along perhaps by its sweet whisper to the angler or kayaker or lazy day on the river lover in all of us, you’ll miss most of the public face of Fall City, USA. Well, it isn’t actually a city even if it calls itself one, but rather is a delightfully disconnected outpost that still protectively harbors both the ethos and the pathos of small town American life, its framework and heartbeat the remnants of a time and place that has been increasingly recast among the sneering governing class as something better forgotten altogether if it ever really existed in the first place.

I suppose when a man is castaway on an island, the crew that oars back to the ship to sail away over the horizon doesn’t much mention his name after that, let alone return for a visit, lest they face the truth of that man left on the sand.

It’s a thought I keep rolling over in my mind as I settle into the Last Frontier Saloon, a ramshackle of a tavern that sits almost directly across from the bridge just south of the river for a fine series of Stoli and tonics that are blessedly poured at the proper ratio over ice: vodka to the crystalline summit then capped with just a splash of tonic and garnished with two limes.

The Last Frontier Saloon’s bar is filled with a dizzying blend of artifacts gleaned from the vast garage sale that is America on any given morning, a garble of knick-knacks, taxidermy, contraptions and, of course, that ubiquitous signal flare of all things American: bumper stickers. Signposts from various eras in the nation’s saga can be glimpsed throughout, from the United States Marines insignia to the NRA (that’s the Northwest Rodeo Association, but the other NRA is undoubtedly somewhere around here too), from the Dayglo ‘dancing bears’ of the Grateful Dead to the helpful tip of ‘Drink ‘til She’s Cute!’ to the stone cold advisory on the beer case: ‘I’d card my own mother.’

Atop the beer case I spy three relics from the mid-1970s that I haven’t seen probably since it was first produced, Billy Beer. One of the first memorable attempts to cash-in quickly on the pseudo-notoriety of a sitting president’s semi-dysfunctional brother, Billy Beer was brought to the beer drinking market with an eye on the ‘good ol’ boy demographic’ via its namesake Billy Carter, whose pitch line sang with the simple poetry of the working class: “I had this beer brewed up just for me. I think it’s the best I have tasted. And I have tasted a lot. I think you’ll like it, too.” The only thing missing from that marketing line was a Gomer Pyle ‘Golllllyyyyyy!’

The bartender pulls one of the cans of Billy Beer down for me and amazingly, it is still unopened, its classic pull-tab still intact, its pressed seam neither ruptured nor rusted and it’s still full of beer. Or what was sold as beer. One of the locals muses that “it probably still tastes as good now as it did then” and the bar shares a laugh, though many of them aren’t old enough to remember President Carter let alone his country boy brother’s ill-fated beer label. But I figure there is some degree of serendipitous connection at play here, running into unopened and fairly pristine cans of Billy Beer in Fall City, Washington, as the beer was the creation of Falls City Brewing Company in Louisville, Kentucky.

As fate would have it, Billy Beer sank faster than his brother’s presidency did and without the weight of American hostages in Tehran tanking not only the novelty brand but sinking the brewery itself little more than a year after the first six packs of Billy started appearing in trailer parks.

The memorabilia festooned throughout the innards and along the exterior of the Last Frontier Saloon is something of a photo album of a country, with its customers and its bartenders relatives of different generations that share in the memories, some on their way out, some facing their inheritance in a land growing ever deeper in economic despair and fracturing along cultural lines that may soon be past the point of any suturing. There are approximately 2,000 people living in unincorporated Fall City, with about 1,960 of them being white. They are the hard-knuckled, clear-eyed white folk that are less obsessed with the ‘richness of diversity’ that seems to academically enrapture so much of the Hollywood and Harvard crowd and more concerned with where the next paycheck is coming from—or if it’s coming.

Clinton the bartender, a born here local, tells me that after the mills shut down the jobs faded but then returned briefly with warehousing, but that went by the way as well. A few people in town work at a few local joints and most everyone else works somewhere else, if they can find a decent job. Just about to turn 30, Clinton is reenlisting for another tour of duty in the Army. He’s done two enlistments before, including extended deployments in Iraq. We drink and talk about FOBs, forward operating bases, which during the Vietnam war were known as ‘fire bases,’ based on what they took and gave. Clinton says they were still taking it in Iraq his last time there; mortar fire mostly as well as the occasional large-caliber automatic weapons fire.

“They hate us there,” Clinton muses over the outcome of blood spilled and treasure spent in the sands of Babylon. “Unless you’re buying something from them, they absolutely hate us.”

Thirteen years after we plunged into that Godforsaken country to ‘liberate’ Iraqis from our former friend Saddam Hussein and now a young man like Clinton is faced with the prospect of returning in no small part because the job opportunities in this part of Washington are, as they say in certain circles, ‘transitioning to a smart economy.’

And just what does that mean? Well, that’s the password among elites for American workers left in the lurch.

It means that in small towns all across America, in places like Fall City, places where a man once could make a living without driving 50 miles and 90 minutes or more twice a day to do it, people will continue to hold on and get by as best they can, but with no real expectation of jobs returning in the numbers that would count, as the empty storefronts and ‘For Sale’ signs that dot the dead businesses along main drag a stone’s throw from the Last Frontier stand in grim testament.

As with many local watering holes across the country, politics isn’t much on display here in Fall City, but one can sense a strong ‘Don’t Tread On Me’ vibe that feels pervasive. Outside of the progressive pearl of Seattle (that’s rotting from the inside out) and a necklace of politically liberal cities strung along the coast (follow the money), in places like Fall City and deeper into the northeast one enters what is Palin Country and now large signs with Donald Trump’s ‘Make America Great Again’ can be found alongside farmland roads.

Whatever the patrons of the Last Frontier Saloon may think of Trump, the bartender Clinton tells me “No one here is voting for Hillary, no way. No one trusts her. No one believes her and a lot of people just don’t agree with her political views.”

If Trump has a card to play in rural Washington, it’s clearly jobs.

While the mills may not be returning, there is construction work in nearby Snoqualmie, which is tearing into the hillsides to terrace them with soulless settlements filled with two-story boxes jammed together and stacked nearly atop each other, the sort of malignancy that swamped Southern California long ago and created modern wild west ghost towns outside of Phoenix and Las Vegas following the crash of 2008. Clinton tells me the housing developments are the latest tidal flow from the tech jobs that are booming in Bellevue and Seattle, but where rising property prices have pushed new homebuyers ever further out ‘into the sticks.’

The spread of garish cancer boxes across the hillsides is a harbinger, as much a herald of grim tidings as the shuttering of the mills and sheds, appearing like a melanoma of a culture that knows no check on its appetite, no brake on its momentum to not just consume, but rather devour whole mountainsides, shorelines, riverfronts, country pastures; wolfing down every resource necessary to fuel satisfaction of its every impulse in climate-controlled comfort even as it abandons the once sustainable living that small town America afforded.

Well, at least in Fall City, more natural appetites are still easily satisfied and pleasantly enough at Small Fryes, the quintessential All-American burger joint nestled almost directly behind the Last Frontier Saloon (walk out the saloon’s back patio gate and across the parking lot and you’re there). Painted like the burger shack equivalent of a candy-striper in jolting red and white, the postage stamp of a grill didn’t need a Madison Avenue pitchman to reach their core demographic: the real American in all of us.

I figure between the good pours at the Last Frontier Saloon and the good eats at Small Fryes—and the good people here that hold this town together as much as the settlers that arrived in the mid 1850s managed to keep it together throughout uncertain and dangerous times—there may be a glimmer of hope yet.

As long as the vodka and cheeseburgers hold out and the tightness of a small town’s social fabric doesn’t fray further amid the pressures of development, and with enough long guns and high capacity magazines at the ready, the outpost of Fall City, USA, will be able to survive for years to come.

And as long as it does, the heartbeat of a people that built this country will continue to register and offer a glimmer of hope sparkling off the river that runs through it. 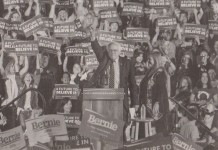