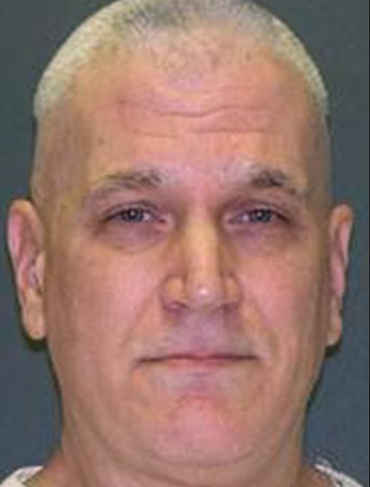 In May of 2001, John Battaglia forced his nine-year-old and six-year-old daughters into his Dallas loft and put them on the phone with their mother—then shot them to death so she could hear their horrifying murders, helpless as she listened to her 9-year-old daughter Faith beg “No daddy! Don’t do it!”

After Battaglia, an accountant, slaughtered his daughters in order to punish their mother, he walked over to a tattoo parlor in the fashionably hip neighborhood of Deep Ellum and cooled his heels until the cops caught up with him.

His absolute guilt never in doubt, Battaglia was convicted and sentenced to die for his vicious crimes for which he has never expressed remorse.

And yet thanks to the whimsical musings of United States District Court Judges Patrick E. Higginbotham, James L. Dennis and James E. Graves, Jr.—the child-killer Battaglia will be enjoying the Texas Department of Corrections famous tuna casserole for likely years to come.

The three amigos on the federal 5th Circuit Court of Appeals put their heads together on Wednesday and just hours before Battaglia was set to be executed for the premeditated murder of his little girls, they granted Battaglia yet another new lease on life—overturning a state district court’s denial of Battaglia’s request for a stay of execution pending a claim that he needed a new attorney.

Reading the decision by Higginbotham, Dennis and Graves, one is treated to the institutional game show that the criminal ‘justice’ system has become, performed on a dark stage of bureaucratic complicity that now perpetuates cruel and unusual punishment upon the victims and their families. Battaglia may have been the latest name on the marquee for this episodic horror show, but it is judges like Higginbotham, Dennis and Graves that produce the Kafkaesque spectacle of endless appeals and delays all while the terrified screams of two little girls are drowned out by the cold silence of a system that no longer cares to hear them.

Indeed, the judges’ decision to again put Battaglia back into the comfortably cozy confines of his cell—where, lucky for Johnny, inmate advocates have been calling for death row convicts to be allowed television sets and, yes, iPads, to ammerliorate their solitude—offers but a passing reference to the savage murders that landed him on death row.

With a heartless efficiency that would leave Adolf Eichmann’s bloodless face glowing with pride, judges Higginbotham, Dennis and Graves offered a one sentence acknowledgment that Battaglia had murdered his daughters. Then they unleash a torrent of ink in describing Bataglia’s nearly two decades long effort to pull every lever in the system to avoid his due punishment, zig-zagging through the state and federal system with a never-end list of procedural manuevers the system has incubated and grown within itself.

These are no longer safeguards salted around the system as firewalls to ensure that innocent men and women wrongly convicted don’t experience the ultimate miscarriage of justice through execution. No, these endless reviews and appeals have grown into a judicial spirograph, the intent of which is to deny justice to the victims, their loved ones and the public by ensuring those killers whose guilt is beyond not just reasonable doubt but any doubt whatsoever will never face the punishment to which they were sentenced.

There are those in the legal profession and other quarters who argue academically that it is not the place or judicial purpose of the appeals court to consider the factual underpinnings of the case before them—which is to say the judges weren’t supposed to consider the horror of the little girls fates in this case—but rather merely fix their steely gaze upon whether an appealable issue exists and rises to the threshhold of overturning a lower court’s decision.

Yes, ensuring that the letter of the law is followed and that all relevant legal standards are applied is a critical safeguard in our judicial system. But if the appelate courts of the state and federal benches as well as the Supreme Court in Washington D.C. are simply so deeply buried in their legal briefs—to say nothing of their three martini lunches—that they no longer hear the cries of two little girls like Faith and Liberty, then we no longer have a justice system at all.

The decision issued forth from on high at the 5th Circuit offered deep concern Battaglia might suffer irreparable harm if he were to be put to death now sans every nunace of Latin-saddled principles explored exhaustively, but again their ruling never mentioned the irreparable harm Faith and Liberty suffered at the hands of their father who slaughtered them to teach their mother a lesson. The judges expressed deep concern about Battaglia’s consistency of counsel, but never mentioned the killer’s Cheshire grin as he posed for The Dallas Morning News sporting New Balance tennis shoes while cooly remarking he didn’t have a worry in the world.

John Battaglia brutally murdered his two children nearly two decades ago and he has gotten away with it ever since. Everyday now that he has another meal, another hour of sunlight, another afternoon nap, another Sunday newspaper, another hope for another tomorrow and another breath of air is yet just one more day that he got away with it.

On March 30, 2016, federal judges Patrick E. Higginbotham, James L. Dennis and James E. Graves, Jr., with a stroke of their pens became accomplice to this ongoing perversion of justice following the murders of those two little girls.

And no doubt, just like Adolf Eichmann, they believe they are just doing their jobs. And perhaps just like Battaglia, they’re going about it with a cold smile of satisfaction on their faces.