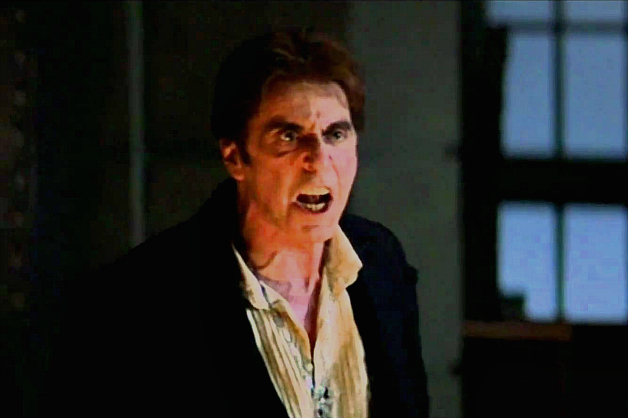 The Trump card may be wild, but there’s only one road from Cleveland to the White House left for the GOP and it runs through working white America

Today was a day that the Republican power players could not have conceived of less than four months ago let alone a year ago, when heir-apparent Jeb Bush (remember him?) was lining up wallets and corporate wish lists. But Bush proved to be a $200 million, four delegate silent fart that dissipated mercifully fast in that crowded elevator.

In January 2016 the GOP had a field of contenders crowded with seventeen players, a rather deep bench of popular governors and senators in key states on the electoral map; New Jersey, Texas, South Carolina, Florida and Ohio among them.

And yet today, following the most chaotic primary season since 1968, a billionaire businessman that has no political pedigree whatsoever and whose Republican bona fides are as rock-ribbed as a river reed stands as the victor who blasted all sixteen of his opponents out of the race. Somewhere tonight, Karl Rove, Mitt Romney, the Koch Brothers, John McCain, the Bush Family machine, Paul Ryan and the army of moneymen and strategists that front the globalist bloc of the Republican party are staring into their scotch-on-the-rocks and wondering ‘what the fuck just happened?’

And in their golden elixir they can see their nightmare staring back at them, that Cheshire grin on his face now a brilliant smirk.

Trump’s victory is reminiscent of a scene and a line from The Devil’s Advocate as Al Pacino explains, in part, the secret of his success to Keanu Reeves: “They don’t see me coming.” Bush & Co. in 2016 never saw Trump coming. And when they finally did, they couldn’t believe their eyes. They still can’t, and last night and today was only the latest horrifying chapter of a modern Frankenstein they feel an angry electorate has unleashed upon them.

That the GOP establishment was plastered by a runaway train named Trump is no longer really a shock to anyone but them, as they lay alongside the track asking where their legs are, but what happens next remains to be seen. If Trump jumps the tracks at the convention in July with a ‘unity’ ticket and message that waters down what brought him into town a winner to begin with, then he will indeed face defeat in the fall and will likely take the rest of the party with him for the ride.

Nationally, there is only one path remaining for Trump and the Republican Party to the White House this November, and it runs deeply through working white America across states like Michigan, Indiana, Illinois, Pennsylvania, Ohio and down into Virginia and North Carolina.

The election in November will almost certainly be decided in those states. If Trump can hold Romney’s wins in 2012 and add Florida, Virginia and Ohio to his column, then he only needs to pick up one other ‘rust belt’ state like Michigan or Pennsylvania to clinch it.

The demography of those states bear consideration: Ohio is 81% white, Pennsylvania is 80% white, Michigan is 76% white, Virginia is 63% white and Florida is 56% white. Even the economically devastated state of Illinois is 71% white. Those are the basic population figures for non-Latino whites in each of these states, but the Anglo share of actual voters in these states is much higher.

And from the ‘Redneck Riviera’ of the Florida panhandle to Michigan’s Upper Peninsula and just about everywhere in between working white America feels not just under siege, not just left behind, not just ignored—and they feel all of those things—they have the growing suspicion they are not just being screwed over but actually targeted.

Trump senses this and has spoken to it throughout the primaries, which his political opponents and the establishment media classifies as ‘dog whistles’ of racism that mark him as a purveyor of fear, which in turn only elevates the feeling among the working majority in this nation that the fix is indeed in.

If Trump loses sight of what carried him into Cleveland and pivots to some watered-down, mealy-mouthed, feel-good gruel regurgitated from the political corpse of Romney, then he will sail off with the Republican Party in tow over a November horizon to never be seen on the national stage again.

With that in mind, let this former activist Democrat offer a few suggestions for the heartbeats of Trump’s campaign to come: jobs, crime and immigration, throwing in foreign wars for good measure.

On the issue of employment, Trump should double down on his opposition to the disastrous ‘free trade’ deals that have killed millions of American jobs and the incomes that came with them. He should eviscerate the notion that tens of millions of unemployed Americans will somehow be ‘retrained’ to ‘transition’ into the tech and financial sectors of today’s economy. That’s obscene fiction and he should call it as much and go even further and promise to kill these cancerous trade pacts and force Hillary Clinton (or the late arrival of Uncle Joe Biden) into a position of defending them.

On the issue of crime, Trump must remember that no Republican has been elected president since 1968 without making it a national issue. And the Supreme Court is central to that now, with its current vacancy and coming vacancies critical to the survival of the death penalty—which most Americans not only still support, but want to see utilized proficiently again. The death penalty is a state issue, but Trump has to nationalize it through a campaign about ‘law and order’ and hire some young gun Lee Atwaters and go all in with blazing Willie Horton ads v.2016 that strike the rich vein of American’s fear that their safety is under siege. It is. So use it. Blatantly.

The issue of continued mass immigration into the United States cross-pollinates with the issues of jobs and crime and Trump must highlight the national disgrace of Americans of every ethnic and racial stripe being replaced on the job by foreigners (an accurate term that the Democrats have long sought to make verbotten) and being criminally victimized by people who have no legal right to be here in the first place. Make Hillary defend Southern California Edison (a corporate utility I used to write for) and Disney for their practice of hiring foreign replacement workers while making the American workers train them before they were sent to the unemployment line. Make Hillary defend adding two million foreign nationals arriving to our shores annually; one million legally and another million illegally.

Make Hillary defend a system that allowed Kate Steinle and Jamiel Shaw’s killers back in the country again and again and again. The Democrats will most certainly feature illegal immigrants at their national convention once again talking about their understandable dreams. Accordingly, Trump should demand that unemployed American construction workers get some time at the microphone at the Republican National Convention in Cleveland, along with family members of Americans killed by illegal immigrants, to talk about their own personal nightmares.

And when the Democrats call him a racist for doing so, Trump should remind America that they are calling the unemployed, the victims of crime, and virtually anyone else that oppose them bigots and racists and hate-mongers. He should stand up at the mic and say: “Just to remind you, they’re not calling me a bigot as much as they’re calling you a racist for wanting to control the border. They don’t hate me nearly as much as they hate you.”

And on the issue of American interventionism into conflicts around the globe, Trump has a winning card to play if he slams it down on the table and reminds the American people that not only did Clinton support the catastrophic invasion of Iraq, and acknowledge it was undertaken by a neocon internationalist Republican administration, but a decade after that calamity Hillary led the American charge into Libya with the same disastrous effect. She didn’t just get it wrong once—she ordered the same plate again. Trump should make it clear that if Clinton or another Democrat other than Bernie Sanders is elected, America will not only continue to find herself indulging the perverse notion of ‘nation-builder’ around the world, but will run into that pyrrhic-flaming house even deeper and more often.

The issue of race will be an underlying component of almost all of these issues, and if Trump wants to win in November then he has to not only continue the theme of his primary campaign, but expand upon it righteously.

The question coming into and then out of Cleveland is what is Trump going to do?

If he gets lost in the haze of some smarmy bullshit peddled about ‘being a uniter and not a divider’ by Reince Preibus and his cohort of ass-kissers, then Trump is merely white bread to be burned worse than Sunday’s toast, in which case he should roll some good shit up in that 2012 ‘post mortem’ the RNC issued after Romney’s stillbirth and smoke it all the way back to his tower in Manhattan.

But if Trump can keep his wood under the bright lights in Cleveland, then he oughta nut off his nationalism in a Peter North chin to forehead streamer all over their greedy corporate mugs and then bust out guns blazing into ‘fly over’ country with a cold, clear message to every working white American—and every working black, Latino and Asian one too—that they’ve been rolled, pumped and dumped by a corporate duopoly that no longer believes in nations, only markets and profits.

He should make his case to white America loud and clear, but in doing so make it equally clear by talking to white folk he isn’t excluding black folk, Chicanos or any other American working stiff of any variety. Trust me, they’ll get it. To make sure of it, Trump should not miss a moment to confront Clinton onstage with a reminder that as the Democrats are party that has spent more than a half-century peddling racial grievance to everybody but Anglos, and rolling up the subsequent vote margins from blacks and Latinos since, she’ll pardon him if he doesn’t give a fuck what she thinks about his brazen appeals to the white working class.

And when and if it’s Hillary who gets on that stage with him in that first debate, the very first moment that Trump gets the microphone, no matter what the question, he should turn to Clinton and ask a very simple, two-part question: “Madame Secretary, do white lives matter? Not all lives, but white lives? You very specifically have said black lives matter, now I am asking you if white lives matter? And in follow up, you’ve spoken so eloquently about the truthful beauty of black pride, so I must ask you, are you proud to be white?”

In that moment—that long, deer frozen in the headlights moment—Clinton’s staff will pray that Hillary is wearing her Depends undergarment, because she will have an involuntary bowel movement. Right there, on stage.

She will shit herself. Perhaps in a surreal Michael Dukakis ramble, but she will shit nonetheless. And the stench of it will be unmistakable.

Because no one asks such questions, nor begs such answers, in this day and age.

No, if Trump asks merely those two questions of her, in that candid fashion, the election will likely be over. Then and there. Because as much as the Democrats claim to relish running against him, if Trump stays the course, then while they may see him coming at long last, they still won’t see the voters behind him.

Until it’s too late.