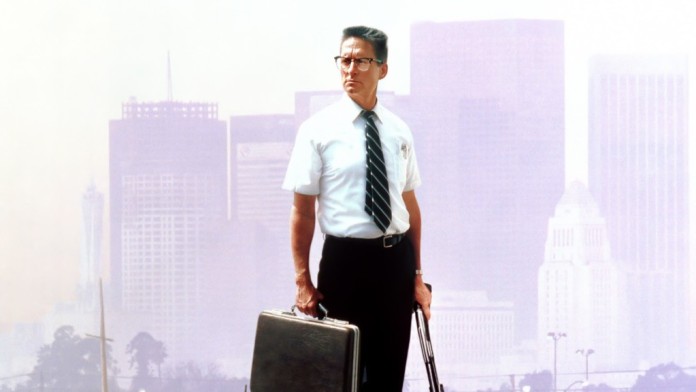 America’s second city took center stage Friday night as thousands of supporters who turned out to hear pseudo-Republican front-runner Donald Trump give a speech squared off, sometimes violently with thousands more protestors determined to prevent the candidate from speaking at all.

After all the screaming, chanting, placard-waving, flag-grabbing, shoving matches and fisticuffs unraveled inside and outside of the arena at the University of Illinois at Chicago was over, those who sought to prevent Trump from being allowed to speak prevailed, but in a pyric sort of way. Trump did not take the stage in Chicago, but his message was promptly on prominent display on virtually every network across the nation.

It was the latest installment of the continuing unraveling of the American body politic, the fault lines rumbling ever louder as they prepare to yawn into open fissures that may not be closed again in our lifetime, if ever.

The Windy City has been known mostly in recent years for its descent into violent urban chaos that has exploded across the dystopian landscape of its Southside, which routinely charts weekly body counts that have earned it the dark moniker ‘Chi-Raq’—an amalgamation of Chicago and Iraq that is only a slight stretch.

Fatal officer-involved shootings in Chicago so far in 2016: One.

But the coordinated efforts by activists like MoveOn.org to orchestrate the protests that prevented Trump from speaking in Chicago—and in doing so only amplified his message that the country’s corrupt political leadership has broken the middle-class stabilizer and America is plunging into a violent collapse that will transform it into a sprawling showcase of Third World dysfunction—will put the spotlight firmly on the disintegrating national discourse and the potential body counts yet to come.

Yes, politically speaking Chicago has long been a brawler’s town, noted most in its modern incarnation as the fiefdom of The House of Daley, lorded over by father and son with the patronage of largess and the iron fist of retribution when graft alone wouldn’t keep the Democratic party’s ‘machine’ capos in line.

In the summer of 1968, the cultural earthquake that was shaking America erupted on the streets of Chicago during the Democratic National Convention and resulted in the primetime meltdown of the incumbent political establishment on television sets across the nation. Highlights included CBS senior correspondent Dan Rather getting his ass handed to him on the convention floor by Daley’s enforcers, and the Big Boss himself, Mayor Dick Daley, bellowing ‘Fuck You!’ to delegates protesting Chicago’s Finest—backed by thousands of National Guardsmen with bayonets fixed—who were roaming the streets outside the convention hall taking batting practice on the vanguard cadres of Students for a Democratic Society (which by the following year had become the Weather Underground, or more aptly titled: Dropouts for Terrorism Because They Lost Democratically).

But for all the unrest in America 1968, the result was the Second Coming of Richard Nixon.

In response, the Weathermen faction kicked off their ‘Days of Rage’ in October 1969 in Chicago and then unleashed their subsequent campaign of bombings across the country, which included detonating bombs in the Pentagon, the United States Capitol building, the San Francisco Police Department (killing a police officer), the National Guard Association offices in Washington D.C., New York City Police Headquarters, the U.S. Army Base at The Presidio in San Francisco, the California Attorney General’s office, the Marin County Courthouse, the Harvard Center for International Affairs and the New York Department of Corrections, among many other centers of American power domestically. The Weather Underground intended to detonate a mass-casualty terror bombing during a dance for non-commissioned officers at Fort Dix, New Jersey, but the bombs exploded at the group’s Greenwich Village townhouse-turned-bomb factory, killing three Weathermen instead.

And the ultimate result of that violent insurrection? The Rise of Ronald Reagan.

And make no mistake, the cohesive nature and vast depth of the two mass social movements of the 1960s and ‘70s—civil rights for black Americans and bringing the war in Vietnam to an end—dwarfed in sheer power and size the fragmented street protests and campus upheavals that pass today as ‘mass movements’ for the diffused notions of the myriad brands of ‘social justice’ and the boiling anger over income inequality and dozens of other causes that have .orgs circulating petitions and churning out hashtags.

What happened when Trump tried to speak in Chicago, the spectacle of chanting mobs and screaming people and brawling opponents, will undoubtedly invigorate those who successfully sought to prevent Trump from being heard in the arena. But the ultimate impact of what they accomplished appears to be lost on them. MoveOn.org immediately released a statement “putting Trump on notice”—and by extension his tens of millions of supporters and sympathizers across the country—to expect more of the same at future rallies for his campaign.

But they are dancing on a powder keg.

Donald Trump’s emergence and endurance is just the latest incarnation of a massive American demographic that feels evermore disenfranchised, disavowed and aggressively dismissed. Senator Bernie Sanders is riding a similar wave of anger, but the demography behind his movement is more defined and centralized in college-educated Anglos. Trump’s reach into the white working class is far broader and deeper.

In the hermetically sealed world of university campuses today and on the ideologically pure editorial pages of The New York Times, The Washington Post and The Los Angeles Times, the echo chamber of elitism has developed the hypnotic ring of consensus; and thus Trump is dismissed as the poster child of the scattered Troglodyte tribes in Red State America. For all the platitudes bandied about over the need for ‘frank discussions’ and ‘candid conversations’ about the present state and future direction of America, for a majority of Americans that continues to be just a transparent euphemism for another long-winded lecture about the evils of their culture, their heritage and themselves.

What happened in Chicago will only reinforce a deepening sense of resentment that has profound ramifications for the nation.

Whatever the overnight polls show and however Tuesday’s primaries in the key states of Florida, Illinois, Missouri, Ohio and North Carolina shakeout, a far larger demographic in the American electorate almost certainly drew a decidedly different conclusion than the elites from the latest spectacle broadcast live from a dangerously failing urban population center.

From CNN’s studio, the doddering old politico David Gergen, who wheeled and dealed from Nixon’s White House through Bill Clinton’s administration, seemed ashen-faced at the prospect of what the ‘silent majority’ is thinking when it watches what is happening in Chicago and in other urban hotspots around the country. Gergen suggested that middle-America would be ‘frightened’ by the prospect that a Trump presidency would bring this chaos into a new normal and decide to abandon Trump, even if they supported his positions.

But Gergen deceives himself. And he seemed to be aware of that, as he then quickly added, as the blood ran cold through his Establishment veins, that Trump’s base of support might also move even deeper into his insurgent grasp.

To get a clearer picture of what’s actually happening outside the studio and the Beltway after hours circuit, Gergen would do well to watch not only the ballot counts coming in from the precincts on Tuesday—but also the monthly sales of AR-15s and bulk ammunition purchases across ‘flyover country’ as well.