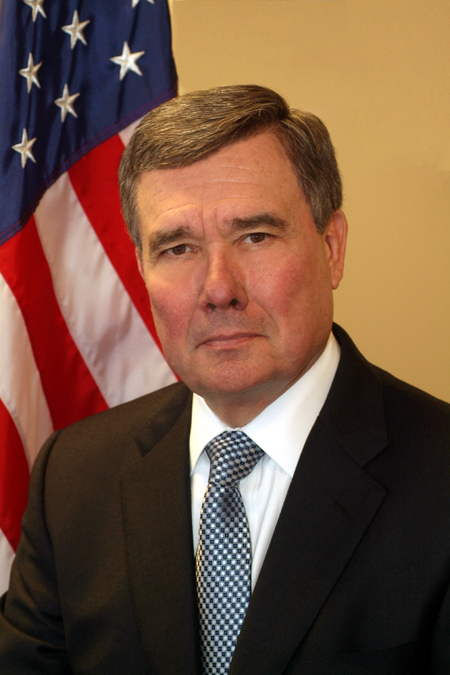 When United States Customs and Border Protection Commissioner R. Gil Kerlikowske gazes across the 2,000 mile southern border, he apparently still possesses enough neurological operating capacity to sense it is a vast geo-national demarcation that is a violently chaotic line in the sand for the 21,000 agents of the U.S. Border Patrol that are tasked to stand a post along it.

Heavily armed transport squads moving cartel product northwards pierce the border along with the tidal flow of humanity that continues to empty out villages and towns throughout Mexico and Central America, playing cat and mouse with border patrol agents that find themselves spread desperately thin along remote stretches of unforgiving terrain.

While the Obama Administration has spent years cynically spinning the numbers through politically reliable news assets in the establishment media in a delusional effort to assure the American people that the nation’s borders have “never been more secure,” the reality that mass immigration unlawfully into the country as well as unfettered bulk dope transports continue apace isn’t really lost on anyone living outside the Washington beltway.

So it was interesting that Kerlikowske, who commands those 21,000 men and women standing watch—with about 18,000 of them stationed along the southern border—was quoted today in the Los Angeles Times in an interview in which he noted not only the inherent danger of what agents confront every day to the south, but tacitly acknowledged there are not enough of them and that they lack even suitable communications gear.

“When you think about the geography of where they work and the number of people they could encounter, the backup, the lack of radio equipment—that’s a different culture from any law enforcement agency anywhere in the United States,” Kerlikowske told Times staff writer Nigel Duara.

But for those Americans hoping that a senior federal security official was finally acknowledging the obvious and perhaps going to follow up with a demand for more money, men, guns and whatever else is needed to secure the border, perhaps even publicly tender his resignation in advance in light of the administration’s double-game at the border, they were sadly mistaken.

Instead, Kerlikowske used the interview to run the white flag of surrender a little higher up the American flagpole.

“I have told Border Patrol recruit classes, there’s no apprehension, there’s no seizure of drugs, there’s no pursuit of a vehicle that’s worth you getting hurt for. And that’s a hard change.”

Damn right it is.

And that’s because the men and women of the U.S. Border Patrol actually want to do the job the American people have tasked them to do. Secure the border and restore order to the most generous legal immigration policy offered by any nation-state on the planet. They just desperately want and need the resources to accomplish the task, but as Washington has dithered over the past half-century of presidents both Republican and Democrat, the agents along our southern border continue on with the task at hand like the Marines on Wake Island in December 1941. Reinforcements weren’t coming then either, but they were determined to do what they could with what they had.

Inadvertent as it may have been, Kerlikowske’s comments offered a stark portrayal of how Washington for years has been managing the slow, bloody bureaucratic surrender of the nation’s borders.

“There’s no apprehension, there’s no seizure of drugs, there’s no pursuit of a vehicle worth…getting hurt for.”

Kerlikowske’s sage advise to his own recruits gave casual voice to a staggering betrayal of the American people that would be akin to U.S. General George S. Patton advising the men of his Third Army during its brutal battles across Nazi-occupied Europe in the fall of 1944 that in the event they ran into powerful German forces to evade and withdraw, lest they “get hurt” for some unknown French town.

It’s the equivalent of a police chief advising his men and women providing that proverbial Thin Blue Line to stand down and roll away in their radio cars when they see a crime being committed and there’s a threat they will be outnumbered and/or outclassed in firepower and back-up may not get there in time.

Make no mistake, the men and women of the U.S. Border Patrol—like cops all across this country—understand the high risks associated with the job they have signed up for; they know there are a lot of very bad actors on the prowl armed with some heavy artillery. And they’re out there everyday on the beat and on the border anyway, doing what this country has asked them to do and yes, expects them to do.

It is not to shelter in place.

It is to observe, assess, confront, engage and eliminate the threat by whatever means of force is ultimately required, be it a command to halt and then escalate as necessary from pepper spray all the way to bursts from an AR-15.

But judging by Kerlikowske’s public admission, one has to wonder how long now it will be before the border agents are issued glowing usher batons, helpful maps and courtesy mints as they are transitioned into the largest docent force the world has ever seen, tasked with pleasantly expediting the final disintegration of the border with nothing more alarming than a cheerful welcome of ‘Bienvenidos!’