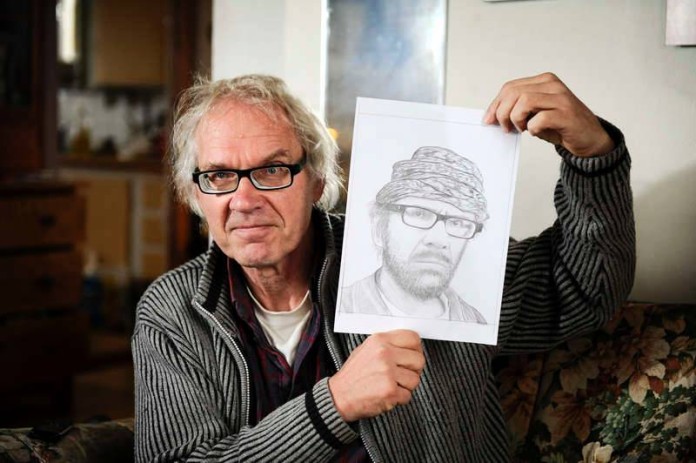 When federal prosecutors unsealed their indictment this spring against Colleen LaRose that charged her in a terrorist plot, the media spin was hardly surprising: a blonde-haired, blue-eyed soccer mom from Philly had allegedly pledged herself to violent war against the West.

LaRose had joined the boy’s club of John “The American Taliban” Lindh and Adam “Azzam The American” Gadahn, shattering the glass ceiling of mentally unstable losers from the United States eager to enlist with the violent nihilists of Al-Qaeda.

And thus ‘Jihad Jane’ was born in the 24-hour news cycle.

But as the reportage and punditry from across the cable news spectrum swirled around the anomaly of LaRose’s cultural background, all but forgotten in the carnival barking was Lars Vilks; the Swedish artist that LaRose and seven others were arrested for planning to murder.

To the Al-Qaeda chieftains skulking in Waziristan caves—and the women who love them—Vilks must epitomize the core of the Western values they despise. The 64-year-old professor of art theory, whose bona fides include stints at the Oslo National Academy of the Arts and the Bergen National Academy of the Arts, stands out among a Scandinavian art community determined to preserve their freedom by exercising it.

In 2007, Vilks made a series of sketches that depict the Islamic prophet Muhammad as a dog; specifically grafting Muhammad’s turban-sporting head onto the body of a canine.

Vilks work was an absolute flag of brave defiance in the face of one the most deadly eras for artists in Europe since the Gestapo was disappearing those unwilling to submit more than a half-century ago.

In 2004, Theo van Gogh was brutally murdered by an Islamic radical in Amsterdam after producing the film Submission, a scathing critique of women’s plight in Islamic culture. Van Gogh was shot eight times, was nearly decapitated and had a five-page letter denouncing the West and Jews stabbed into his body.

In 2005, artist Kurt Westergaard’s depiction of Muhammad with a bomb in his turban triggered violent demonstrations and attempts on his life. This January Westergard narrowly escaped death when a Muslim radical with an axe attempted to kill the 74-year-old artist at his home, but Westergaard was able to hide in a ‘panic room.’

While LaRose is in custody and the cell she was working with has been shattered, Vilks apparently harbors no illusions as to the danger the future holds for him.

And in the best of Western traditions, he is sending a message right back to the radicals: he named his guard dog “Muhammad.”

— This article was first published in Artillery magazine.