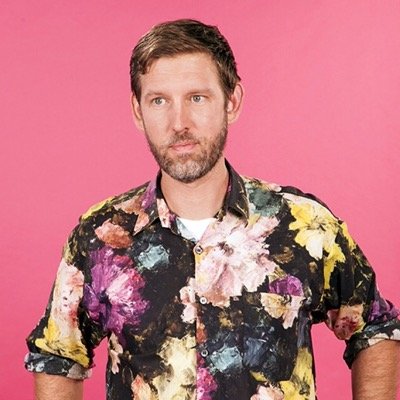 Whatever you may call Marc Horowitz’s latest brainchild, be sure to avoid using terms like ‘reality TV’ or making comparisons to any of the (freak)shows that feature audience participation as an intrinsic element in deciding—a la Ceasar’s thumbs up or down—which B-lister train wreck is going to get booted from the set on any given week.

Horowitz is an artist and his show Marc Horowitz: The Advice of Strangers is art.

Perhaps in anticipation of a skeptical response from critics, or even more terrifying—no response, Horowitz’s sponsor sought to gracefully bifurcate the performance piece from the sheer American spectacle of say a manic Danny Bonaduce balancing on the edge of a high-rise as the audience at home shouts ‘Jump!’

“Unlike boring TV and web reality shows, produced by corporate marketing, The Advice of Strangers is driven by the unconventional protagonist…who is instigating the bizarre and authentic scenarios that he’s inviting the audience to help him figure out,” declared the press release from Horowitz’s New York agency Creative Time. “While this is not the first time online voting is being used to direct an individual’s actions, as an artist and comic, Horowitz will provide meaningful and sincere engagement with the public in situations that will be hilarious, smart and provocative.”

Of course, trying to be “hilarious, smart and provocative” on demand, everyday, is the sort of wishful thinking that can lead an artist to overplay an interesting concept and allow banality to creep in. Then again, just where is the creative bar in an age when millions tune in to watch socialites shop, drink, yell and puke?

Running through November, The Advice of Strangers featured Horowitz dutifully following the instructions of ‘strangers’ that responded online to questions like “How should I spend Thanksgiving with my mom?” and “What should I discuss with my therapist Monday morning?”

Voyeurs were offered a variety of options for which they could cast their ballots as to what they wanted to watch Horowitz perform. For the session with his therapist, which drew 103 votes, potential topics included Horowitz personal successes and failures, his insecurities and his hypochondria. Insecurities won. The majority’s desire was carried out, the human lab rat was videotaped and the experiments results duly posted online (TheAdviceofStrangers.com) for the general audience to feed upon.

Thanksgiving with mom was one of the biggest vote draws of the show, pulling in more than 2,000 voters, but those hoping to see Horowitz eat worms instead of cranberry sauce or set the family dinner table on fire were sorely disappointed. While two-percent of voters cast their ballots for Horowitz to stay at his pad and order in, most participants instructed him to enjoy the holiday with his mother in Sacramento.

The idea for this audience-directed exhibit emerged in the aftermath of a previous show Horowitz put together, one in which he saw The Advice of Strangers as a logical progression.

“[This show] was birthed from a previous project I did, Talkshow 24/7, where I broadcast my life 24/7 for three months straight. I mainly coped with the intense self-imposed surveillance project by making up imaginary characters that I was then able to rope into impromptu political debates and root beer float parties,” Horowitz said. “I was able to poll questions live on my video stream, mostly because I was so exhausted I didn’t want to make any more decisions in a day. I’m always asking for the advice of strangers, be it at a tram stop ‘Does this shirt look stupid for a first date?’ …or in line at the post office, ‘Is it a bad idea to ship ten mostly ripe avocados to my mom as her birthday gift?’”

The decision to take that shopping for advice to the next level was something of a social experiment in which collaboration diffused the boundaries between artist and subject. Horowitz clearly turned himself into something of a guinea pig, but the predilections of the viewing public cast them as subjects as well.

“People were able to constantly and directly influence the course of the project, and simultaneously my life, with their online votes. The project takes what is at the core of art and life, decision making, and opens that up to a general audience of strangers,” Horowitz said. “Where would we be if we never made a decision? We make countless choices everyday and field information at an increasingly rapid rate. Decisions make us who we are and determine what we do and make. In this project, choice making became a direct collaboration between artist and audience.”

Art writer Chris Michno said that Horowitz’s work is just the latest semi-notable stop on a continuum that stretches back to at least Yoko Ono’s seminal work Cut Piece in 1965.

“Horowitz has captured the zeitgeist of a cultural sea change,” Michno said. “The progressive erosion of the boundary between the public and the private.  This is territory that has been mined for a long time, pioneered in performances like Yoko Ono’s Cut Piece, in which she invited audience members to come up on stage and cut a piece of her clothing off her with a pair of scissors.”

But Michno, among others, ask to what end?

“While he is self consciously creating a body of work that engages in social commentary, his work seems to lack the sense of seriousness and palpable threat that is felt viscerally in Ono’s performance, Michno said. “While Ono touched on violations of personal space and became vulnerable in her performance, what sense of risk is there, if any in Horowitz’ social entertainment?”

One definitely gets the sense that real risk—and the revelations standing on a real ledge can offer— is not what Horowitz was shooting for with this show. When asked where he was willing to draw the confessional line during the segment that featured him in ‘therapy,’ Horowitz said he was more than willing to talk about the time he “stole a bunch of money,” but that it just never came up.

Sounds like the next installment: Marc Horowitz: On The Advice of Counsel.

This article was first published in Artillery.